It’s time for more fun and games with Fun and Games in the latest issue of the SICBA-dominating Dungeon Fun, and given the ridiculously high standard set by Bell and Slorance top this point, the cynic in me can’t help but worry that it can surely only be a matter of time before the bubble finally bursts. Well I’m happy to report that, based on this issue, it looks like that’s not going to be happening for a very, very long time.

As part of the Scottish Independent Comic Book Alliance (SICBA) Awards judging panel at this year’s Glasgow Comic Con, I was tasked – along with the rest of Team BCP – with overseeing the ballot boxes as people made their votes. And in that capacity, I was able to observe something of an ‘anecdotal exit poll’ of just why people were voting for certain titles. Friends talking to one another as they made their decision, children explaining to parents why they’d chosen the comic they’d chosen, all of these things gave me an overall ‘feel’ for just what the attendees were thinking. And, in the case of Dungeon Fun, those reasons were all pretty much universal. “The artwork is brilliant”, “the writing is hilarious” and, most commonly, “this book is just flat-out FUN”.

And to be honest, that last point pretty much hits the nail on the head. The clue’s in the title, folks. This is a celebration of all things geeky from two creators who are deeply, deeply passionate about the subject matter. From Zelda to D&D to Pokemon, everything is lovingly referenced here and delivered with an almost Pythonesque sense of humour, giving Dungeon Fun a uniquely universal appeal. The series features broader gags for the younger readers with its slapstick and goofy puns, but also includes a seemingly never-ending barrage of geeky in-jokes and meta gags for the grown-ups. Every new page here is a treat as Bell fires off the jokes at a machinegun-esque pace, all but guaranteeing that you’re going to be reading this book again and again to make sure you’ve caught every clever reference.

This issue starts a little slowly, it has to be said, but after the first few pages it hits its stride like never before, making this what I feel might be the strongest issue yet. Every new character that is introduced is an absolutely winner, which is undoubtedly one of the biggest strengths of this series – its background characters, each with their own hilariously ‘gettable’ back story. From Muddy Stickarms in issue one all the way to the ‘Worm with a Hat’ here, Bell and Slorance combine to make every single character stand out in their own distinct way, giving them just enough material to stick in our minds before racing on to their next brilliantly conceived creation. This issue also features a musical number (yeah, you heard me) that is quite possibly my favourite scene in the series so far. That’s right folks, the “be… a… KNIGHT” sequence from issue one has finally been eclipsed.

Once again, I can’t help but feel that I should at least try and force myself to find something objective to say about this comic in order to make this seem more like a review than an advertisement. Journalistic integrity, and all that. So, in the interests of impartiality, here goes…

Okay, so we do seem to have lost sight – albeit temporarily – of Fun’s original quest amidst the sea of hilarious situations and awesome characters. But at the same time, we’re admittedly in “sidequest” territory here, something the book itself gleefully acknowledges. Yes, some of Slorance’s colours are the tiniest bit flat here, particularly with his green-skinned characters. But you know what? When a book has you laughing out loud (literally, in my case) as often as this one does, ‘flat colours on the green characters’ is pretty much the last thing on your mind while you’re reading it.

The runaway freight train of awesomeness that is Dungeon Fun just keeps picking up speed here, and shows absolutely no sign of slowing down any time soon. This is another critical hit from Slorance and Bell, and is a series that every single one of you, regardless of age, taste in comics or overall level of geekdom truly owe it to yourselves to read. Trust me, you won’t regret it.

If you’re at Thought Bubble this year, you can grab yourself a copy of Dungeon Fun: Book Three (as well as previous issues in the series and other titles from the DoGooder back catalogue) from Tables 160 and 161 in the New Dock Hall.  Copies will be available online from Monday 17th of November. 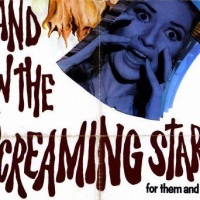 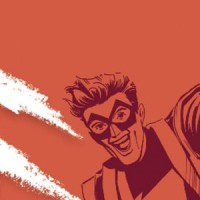