Dark Horse Comics have just announced their plans to the eagerly anticipated anthology The Secret Loves of Geek Girls.

Speaking about the collection, Nicholson said “These are the stories we bond over when we get together at a comic con, play video games, and marathon Star Trek. They are stories about the loves of our lives (both real and fictional!), and our embarrassing moments as we grow and learn more about the complex worlds of love and dating, especially as they relate to our fandom obsessions. All of the writers and artists involved—especially me—are incredibly excited to work with Dark Horse and bring our stories into comic and book stores worldwide.”

Originally funded via a high-profile Kickstarter campaign, The Secret Loves of Geek Girls will be available from Dark Horse Comics in both comic book stores and bookstores in October 2016. 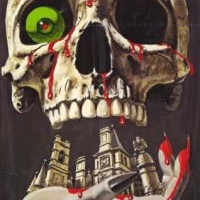