Dave Gibbons is a man who really needs no introduction. The first Comics Laureate for the UK and a multiple award winner, he is one of the best known artists in the world. Rising to success with his work on Watchmen alongside writer Alan Moore, Gibbons has worked on a vast amount of comics with a number of writers and publishers over the years.

Our writer Louise had the chance to chat with Dave before his recent appearance at MCM Comic Con in London.

Big Comic Page: Are you involved in the DC “Rebirth” at all, and what do you think of the route DC have gone down?

Dave Gibbons: No I’m not involved, and that’s about all I have to say.

BCP: Alan Moore is well known for having vast descriptions for his panels. How difficult is it to do the art for something like that?

DG: It’s not too difficult. Alan gives you plenty to choose from and thinks about things in great detail which means when you come to draw it, you’re aware of the effort, thought and time that he’s put in to it, and it inspires you to put in an equal amount of effort and thought into it.

BCP: How much involvement did you have with the Watchmen film, and do you think it did justice to the book?

DG: I read an early draft of the screen play and gave them some notes, went and saw a few scenes being filmed and I supplied some illustrations to supply to Zack the bits of the movie that weren’t in the comic book. I was also involved in the publicity for it. I don’t know that it did justice to the book, but I think it was the best possible film you could have made of the book. Whether the book needed a film is another matter, but I’m happy that everybody gave 100% to the movie and I think it’s as good as it could get.

BCP: What does your role as comic laureate involve?

DG: It’s to promote the use of comics in schools for enjoyment or it, as an art form, and a way of imparting information to school children. I speak to librarians and I go to schools, and also I have been involved with a leading British educational book publisher being their creative director for their line of graphic novels that will be introduced to schools soon.

BCP: You have worked with such a vast array of writers, who has been your favourite to do the art for?

DG: I’ve been really lucky to work with writers such as Alan Moore, Mark Millar, John Wagner, Pat Mills who are some really really good writers. Each one brings something different, and each one gives its own challenges and its own rewards, but I wouldn’t like to say anyone of them is my favourite. 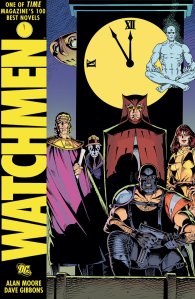 BCP: Mark Millar sent you a pitch when he was still in his teens and you politely declined. What was it you liked about The Secret Service that got you working with him all those years later?

DG: We’d actually agreed to work together before I knew anything about Secret Service, but when he did I thought this sounds good and different to anything I’d ever done before. I’ve done lots of superhero stuff and lots of science fiction, but I’d never done a secret agent spy thing, so that really excited me. When we got bogged down a little in the early stages, he offered me the chance to work on a different project, but I decided that I wanted to stick with the Secret Service which I think was the right decision.

BCP: With the Kingsmen sequel being filmed, are there any plans for you and Mark to do a Secret Service sequel? Will you be involved with the new film at all?

DG: No we don’t plan to do a sequel. I think the original movie diverged from the comic to a great degree, and anything we did to follow the comic would be a long way from the movie sequel. I know nothing about the story for the sequel other than what I’ve seen online. I was barely involved with the first film except a set visit and some promotion for it. I imagine I’ll have even less to do with the sequel, but I’m really looking forward to seeing it. With Matthew and Jane on board it will be very enjoyable.

BCP: Like a lot of British talent, your roots stem in DC Thomson and 2000AD. Do you ever see yourself going back to work for them?

DG: Not in the immediate future. Their page rates aren’t comparable to what I can get elsewhere, but I am very fond of them. I certainly learned my craft at DC Thomson and had many happy years working for them and 2000AD, but you never know, you might see something from me soon in one or other of them.

BCP: With a lot of people having similar dreams, what pushed you to make the jump from your job as a surveyor, to working in comics full time?

DG: I always really wanted to do comics. As a teenager I always got distracted by other things, and although being a surveyor was a reasonably interesting job, I really had it in my head all the time that I wanted to do comics. My job as a surveyor helped me to get into my job in comics, because I was just around the corner from Fleetway, who were the other big publisher of comics in Britain at the time. When I was out on job visits I also got to visit a lot of second-hand book shops and that helped me build my collection of comics and reignite my passion for American comics.

BCP: You won the Eisner award for your solo Graphic Novel The Originals. How did it feel working alone compared to your usual collaborations? Do you have any plans to release more solo work?

DG: It was quite hard to do something completely on my own. I really did miss the collaborative aspect of the job, but it worked out really well, even though it was gruelling along the way. I do have an idea for a possible sequel, so that might mean doing more solo work, but for the future I’m more likely to do more collaborative work.

BCP: Which has been your favourite character to draw, and have there been any characters you really disliked drawing?

BCP: How did working on the Doctor Who Magazine come about?

DG: I was approached by Des Skin who was working for Marvel UK at the time, who wanted me to ink someone else’s pencils, but I asked to do the full job. I was able to persuade Pat Mills and John Wagner to come aboard to write it, which was brilliant as they are two great writers that I hadn’t had the chance to work with much before then. I’m amazed to see that the 500th issue is on the stands. They persuaded me to draw some pages for it which was a lot of fun. It’s an amazing achievement that it has lasted as long as it has.

BCP: You’ve previously worked on games, such as Beneath a Steel Sky. Is this something you see yourself doing more of in the future?

DG: I wouldn’t be surprised. I really enjoyed working on Beneath the Steel Sky and would love to work with the guys at Revolution games again. I’m also a little bit involved with No Mans Sky, which I did some comic book work and illustrations that will be part of the special edition. I’m also involved with some technology companies like Magic Leap and Madefire, so I’m in that middle ground between comics and games, and that’s somewhere I really enjoy being.

BCP: One final question. What plans do you have lined up for the future?

DG:  A variety of things including a lot of creative consultancy work and some one-off illustrations, but no really long comic series at the moment. I like to keep my options open. I’m just generally involved in telling stories in words and pictures.

You can catch up with Dave at this weekend’s Glasgow Comic Con on the 2nd and 3rd of July where he’ll be participating in panels and signings all weekend.