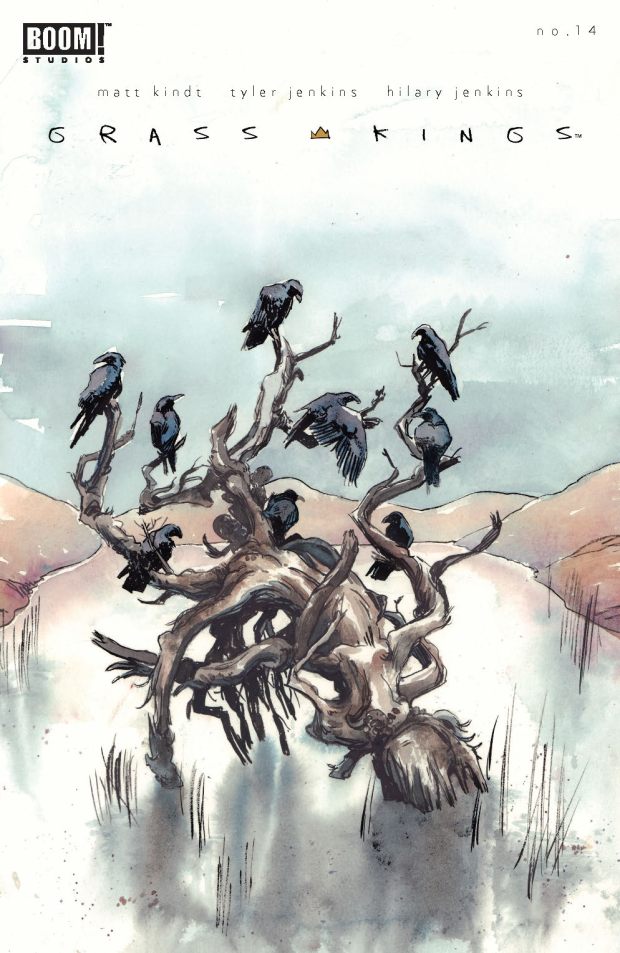 As we reach the penultimate issue of Matt Kindt and Tyler Jenkins’ Grass Kings, it’s starting to feel like things have escalated to the point where all hope is finally lost for the Kingdom.

With the feds making their move on the community last time out, Robert’s (perhaps poorly chosen) temporary alliance with Barko ended with one of the FBI helicopters being shot down by a RPG, prompting a desperate gambit on the part of the leader of the Kingdom to try and avoid the situation turning into another Waco.

While this is happening, Bruce’s investigation in Cargill is finally starting to show some results, with a familiar face showing up to help him as he tries to get to the bottom of the ‘Thin-Air Killer’ mystery – a mystery that has put the law enforcement crosshairs firmly on the normally peaceful Kingdom.

It’s truly impressive how Kindt has managed to shift gears from the smaller-scale investigation into the murder of Mr Handel in the previous arc back to the bigger picture – namely, the entire future of the Grass Kindgom itself – and that he does so without losing any of the charm and tension that has made the series so gripping.  I mean, Kindt’s writing chops are pretty much unquestioned by this point, but still… well played, sir.

I’ve been gushing about the artwork of Tyler Jenkins since I first discovered it, and this latest issue is no different as he uses his distinctive watercolour style to create a striking aesthetic that is, let’s be honest, like nothing else on the shelves today.  Far from the frantic chaos of the FBI incursion last time out, this is a more subdued, dialogue-driven issue that gives Jenkins ample opportunity to showcase his expressive character work, packing in more emotion than you might initially expect from his ostensibly detail-light approach.

The final pages provide a revelation that promises to bring the whole story to a head, with the identity of the Thin-Air Killer all but discovered by Bruce and his new ally.  It’s a mystery that has driven the series since its early issues, and it’s a testament to Kindt’s writing that it’s still keeping us readers guessing right to the end.  Let’s hope the burden of expectation doesn’t diminish the eventual reveal, as is commonly the case with long-running mysteries like these.

Ultimately then, this is an impressively paced issue that allows us to take a deep breath before hurtling headlong into the finale next month.  The sheer consistency of Grass Kings has perhaps been its greatest selling point over the last thirteen issues, and neither Kindt nor Jenkins miss a beat here as they line up the crosshairs for what promises to be an absolutely stunning conclusion. 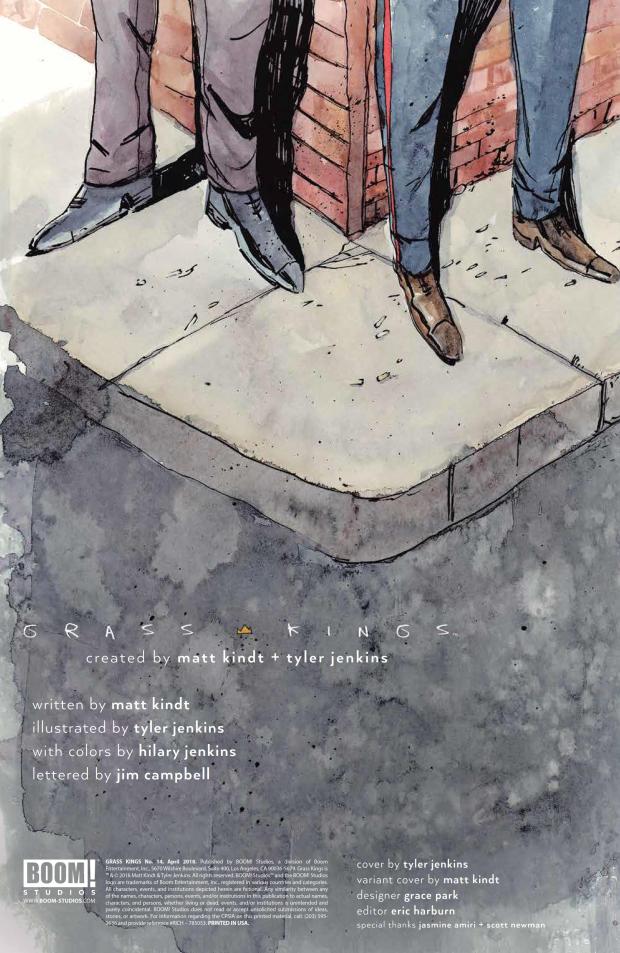 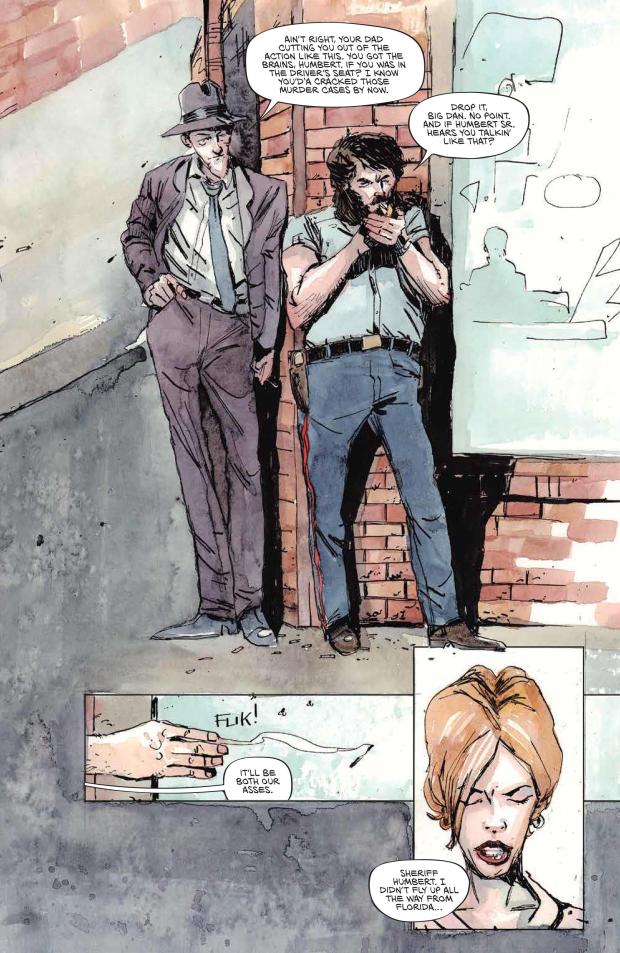 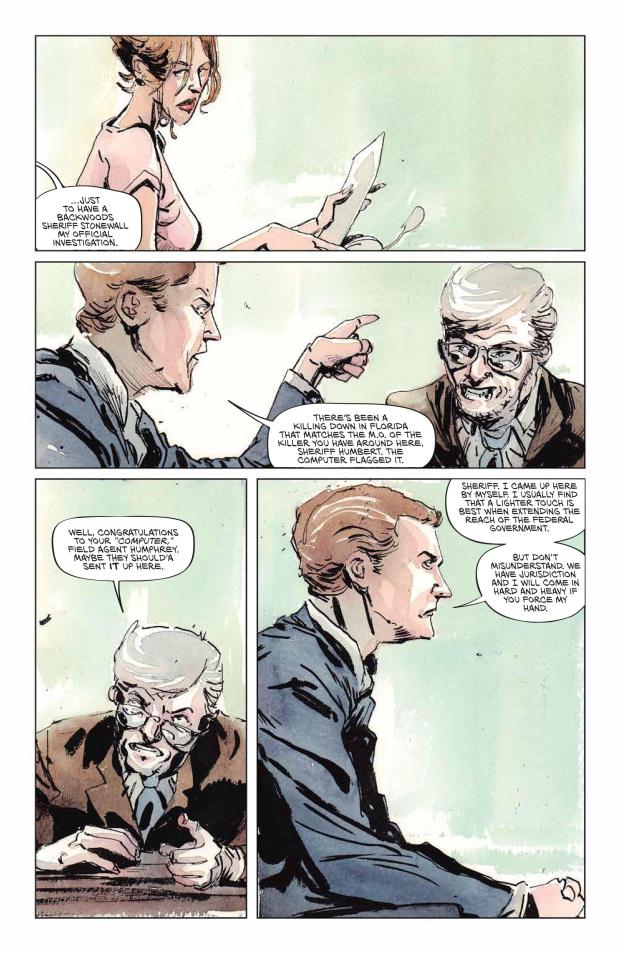 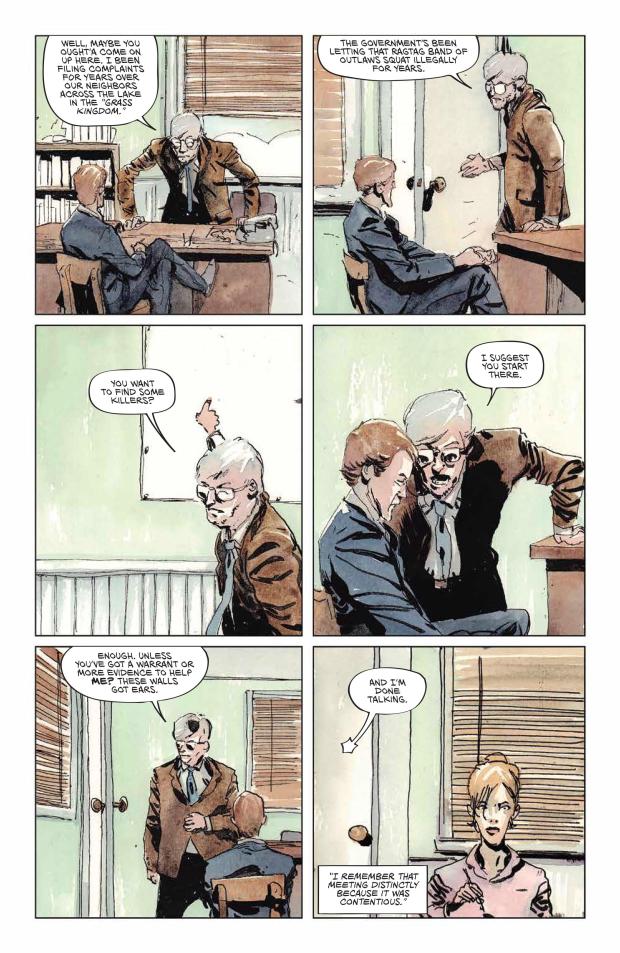 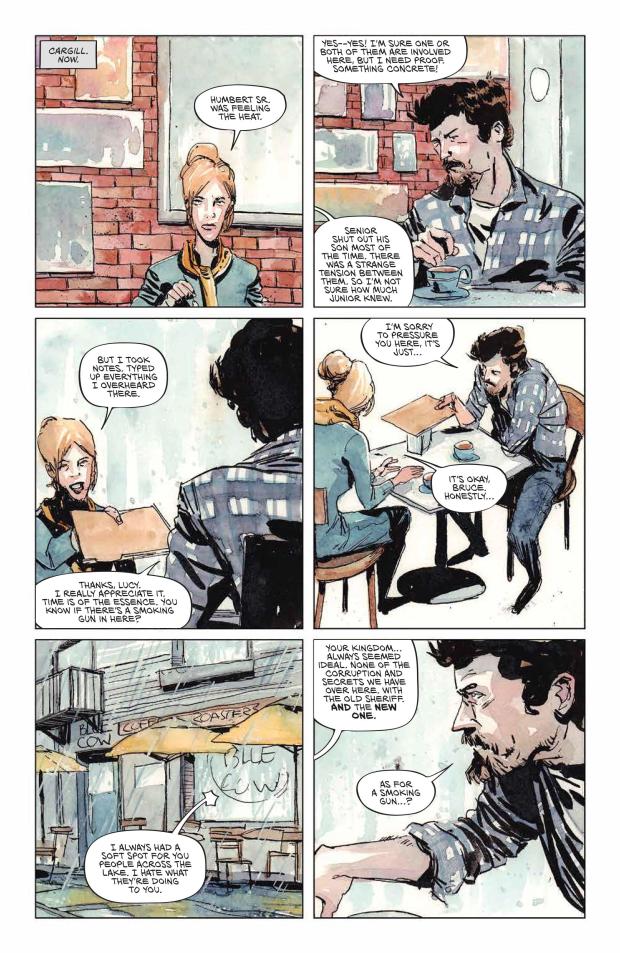 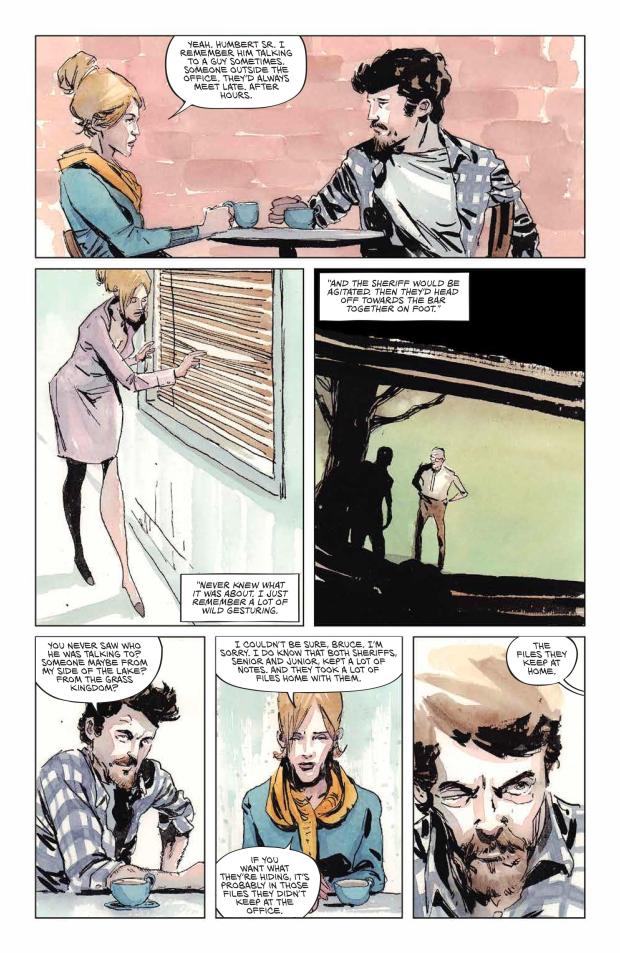