After leaving us on such a tantalising cliff-hanger last time out, Matt Kindt and Tyler Jenkins waste little time here in finally revealing the identity of the “Thin-Air Killer” as BOOM! Studios’ critically acclaimed Grass Kings reaches its deeply satisfying conclusion.

There are no cheap bait-and-switches here, no misdirections or last minute twists, just a wonderfully believable resolution to the mystery that has basically driven the series since its opening issue. It’s one of those delicious reveals that makes you wonder why you didn’t figure it out yourself sooner, and – in my case, at least – one which encourages an immediate re-read of the entire series with this renewed perspective.

While Grass Kings has adopted a rather broad approach to this point, taking its time to delve into the unique lives of several different Kingdom residents, this final issue sees the focus narrowed down to a pinpoint as we discover out the twisted motivations behind the seemingly random spate of murders. And boy are they twisted, providing far more of a sickening impact than any ‘regular’ serial killer ever could.

Once again, Jenkins is every bit as instrumental as Kindt in helping the storyline beats hit their mark – perhaps even more so here, as he subtly shifts the expression and appearance of a familiar character to reveal their true colours. The visual pacing throughout is superb, with the creators opting for a gradual realisation of the killer’s identify rather than a cheap splash-page reveal.

Grass Kings has always been a stunning visual package, and while we don’t really get much of the Kingdom itself here until the final pages, Jenkins still does a fantastic job of shifting the tone of the series into a tense, emotionally charged murder mystery with some minor adjustments to the colour palette.   The final exchange between Robert and the killer is utterly gripping, with a deliciously shifting power balance throughout the course of their exchange.  And, as I mentioned above, the final denouement is deeply satisfying, drawing an emphatic line under the whole awful situation.

Grass Kings has been one of my absolute favourite books since its first issue dropped all the way back in March of 2017, and to see Kindt and Jenkins stick the landing as impressively as they do here fills me with a real sense of excitement.  And sure, I’d love to see more of the Grass Kingdom as it continues to grow and evolve in the wake of these shocking events, but the way the creators finish things up here is about as satisfying a sign-off as you could hope for, and I’m more than happy for the story to simply end here.

Unquestionably one of the best comics of the last two years, Grass Kings takes all the good and bad things about society and shrinks them down into one single, insular community. Sharply written and gorgeously illustrated, this is series I honestly can’t recommend highly enough, and this final issue provides about as perfect an ending as any of us could have hoped for. 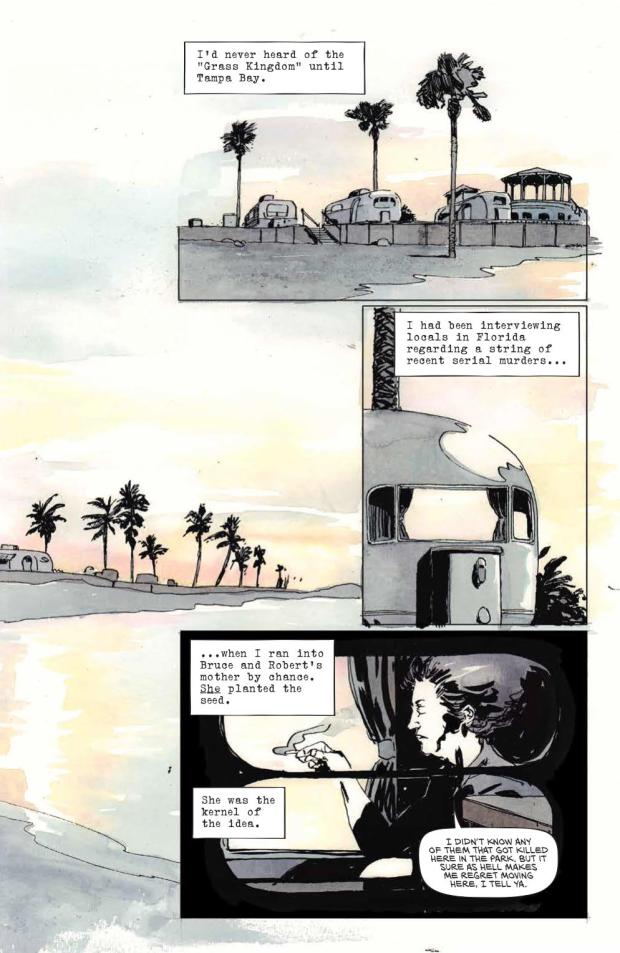 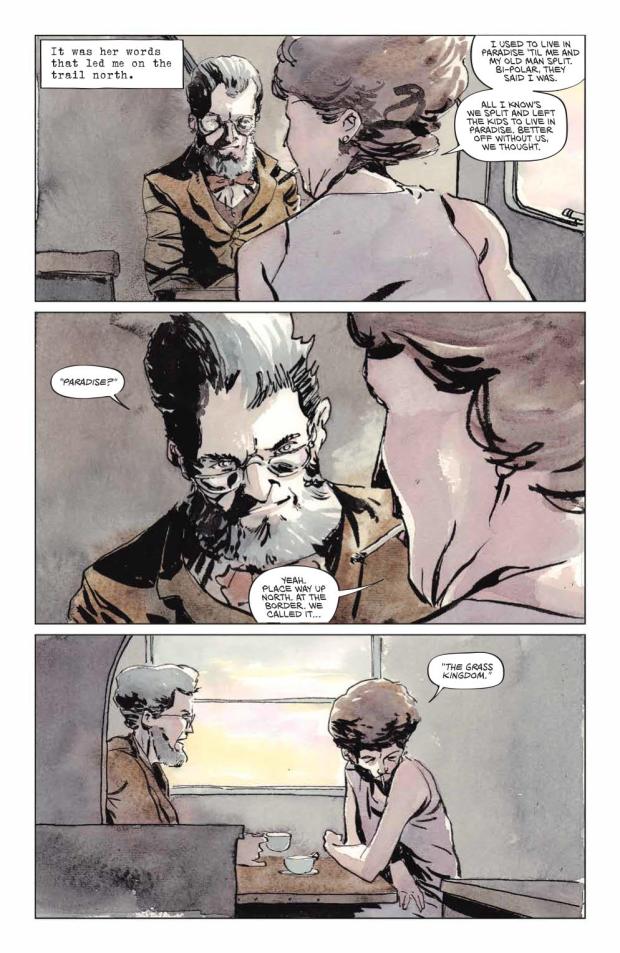