DC has been doing a fairly impressive job with its franchise crossovers in recent years, with powerhouse properties like Batman, TMNT, He-Man and Thundercats all crossing paths with mainly enjoyable results.  Well, this week sees the launch of their latest endeavour, as writer Tim Seeley and artist Freddie E. Williams II bring the worlds of DC’s Injustice and Mattel’s Masters of the Universe together for what promises to be an epic showdown.

Some heavy-handed Trump allegories aside, Seeley does a typically strong job with the story here, kicking off the issue by launching us headlong into the final moments of an already in-progress adventure as He-Man and the rest of the Masters try overthrow Faker, who has been ruling Eternia in Adam’s absence.  It’s a novel approach that manages to showcase Seeley’s clear love for the MOTU franchise, while also helping to give Eternia a life of its own instead of just having its inhabitants sitting around doing nothing waiting for the Injustice universe to show up.

Thankfully, Seeley also makes sure to include a recap of the current state of play in both the He-Man and Injustice worlds, the latter of which proved to be invaluable for me, with my knowledge of the continuity being confined to some limited exposure to the video game series.  This comes hand-in-hand with a fairly hefty chunk of exposition, but that’s pretty much par for the course with events like these where there’s always going to be a certain amount of scene-setting and explanation required before we dig into the meat of the story.

More than other recent crossovers however, this one is practically groaning under the weight of its cast.  There are a ton of different heroes and villains from both franchises here, and while the direction of the story makes it seem like some of them are going to be (wisely) sidelined in order for the “main” characters to do the heavy lifting, it still feels little overwhelming at times.  That said, the final page features the arrival of a “big bad” whose inclusion is pretty much worth it just to see artist Freddie E. Williams II draw him, and on a personal note, I’m absolutely thrilled about just how pivotal a certain Avatar of the Green appears to be to the fabric of the story.

Speaking of Williams II, he continues to cement his reputation here as the absolute best choice for these kind of musclebound, in-you-face superhero slobberknockers.  The characters are all suitably ripped, the combat all feels suitably chunky, and while there’s still a vaguely cartoony aesthetic at play, everything is still delivered with enough enthusiasm to deliver the storyline beats in a suitably straight-faced manner.

Jeremy Colwell’s colours help Freddie’s artwork to really pop for the most part, although there are a few panels in particular where the lack of subtlety leaves certain characters looking like badly painted Games Workshop miniatures.  For the most part though this is the typically dynamic colour work you’d expect from a DC crossover like this, with a great level of authenticity throughout and some genuinely impressive lighting effects (including one that’s apparently triggered by a certain magic sword being held aloft – you know the one).

Like most crossovers, there’s a certain suspension of disbelief required about exactly how these two worlds are colliding in the first place, although I usually find it best to simply gloss over whatever shennanigans the writer employs and focus on the story itself.  And in that respect, Injustice vs. Masters of the Universe delivers a jolt of gloriously unsubtle storytelling packed with copious amounts of fan service and some cracking artwork, which is all you can really ask for from a crossover like this.  Well worth a look. 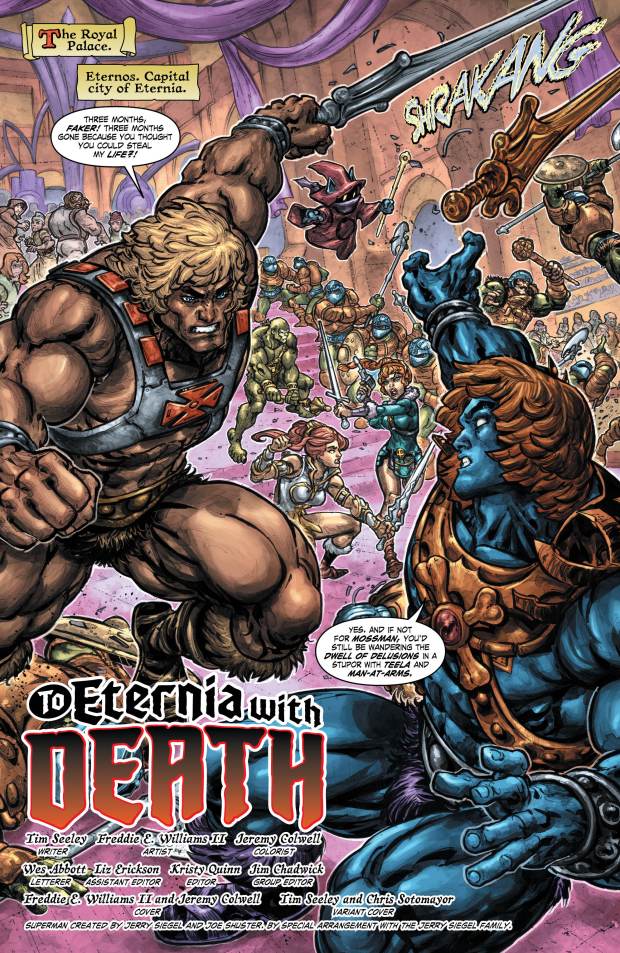 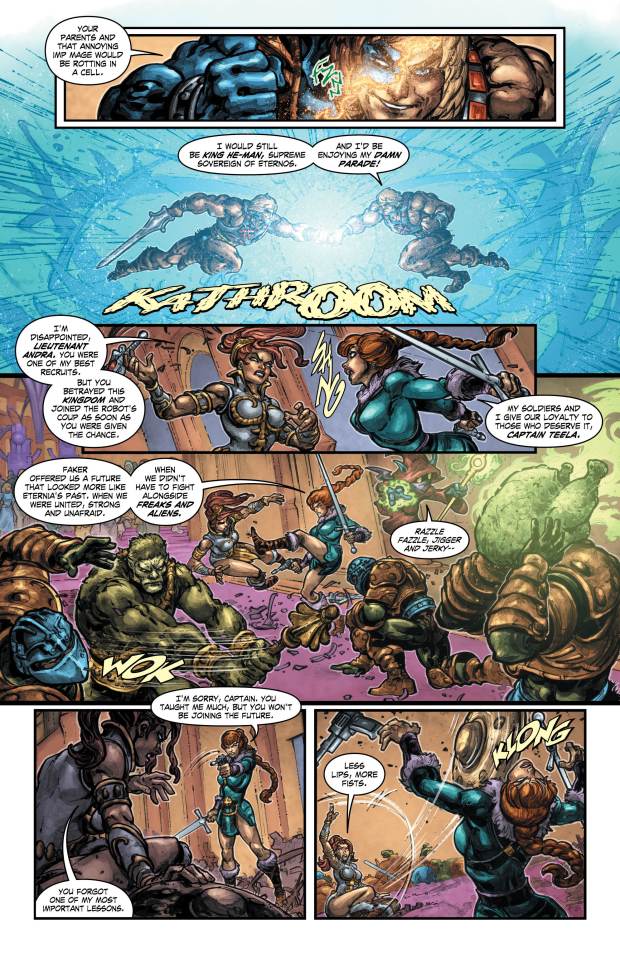