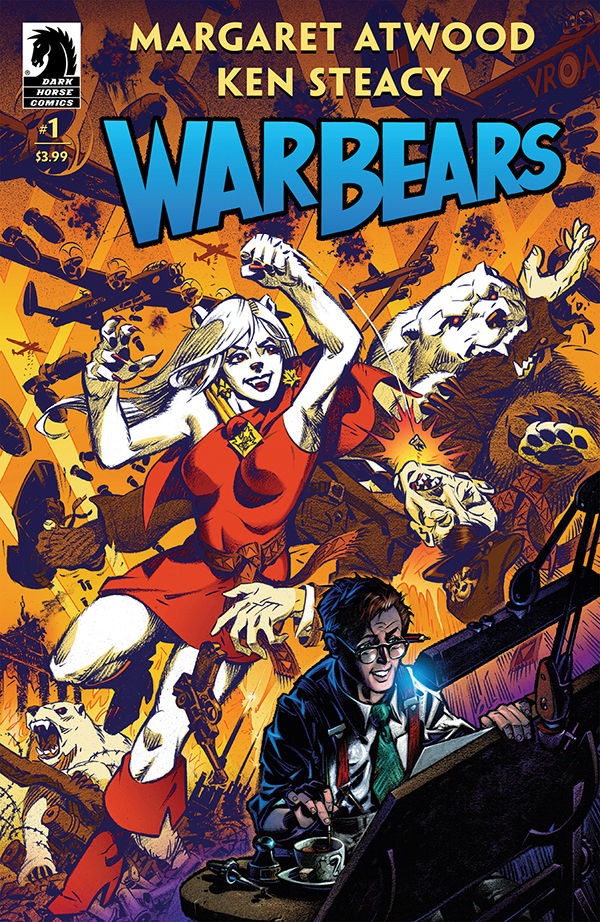 Award-winning novelist Margaret Atwood joins forces with superstar artist Ken Steacy to tell a story of comics and their creators during the heart of World War II.

Alan Zurakowski is the only one of his brothers who didn’t enlist to join the front lines. Instead, he has stayed behind to pursue his dreams as a comic writer and artist.  A job at Canoodle Comics may very well be his ticket to inspiring the troops by bringing his tale of a were-bear heroine to life – even if he has to face rough gigs, theft, a disapproving father, corporate control and a fear of comics to the masses to get there!

War Bears, on the surface, is a fantastic concept. A dramatized portrayal of one of comics’ most interesting periods, shedding light on the dynamics, prejudices, struggles and triumphs that creators faced during the Second World War, while also celebrating the era through art from a creator like Steacy who has been in the game so long.

Examining the appeal of comics to those at war, the companies that ran them, the ownership struggles of creators and the growing discontent and hate from parts of society that wanted nothing more than to see comics run into the ground, War Bears sets up a lot of interesting threads for a historical drama.

Unfortunately, all those ideas mentioned above only end up being hinted at in this first issue, presumably to be fleshed out in the next two.  It’s a standard approach, but it does leave this first chapter without enough punch or interest in its pages to be as fulfilling as the completed series promises to be.

While solicitation promises “a story that follows the early days of comics in Toronto, a brutal war that greatly strains Al personally and professionally, and how the rise of post-war American comics puts an end to his dreams”, this issue really boils itself down to an office room drama featuring two creators and their boss.

It ends up playing more like a soap opera of the time, with all the slang intact, infused with comics creation as a narrative drive. Unfortunately, most of the problems which arise are resolved in the next couple of pages, removing any real sense of drama from the proceedings.  It’s not poorly written or particularly uninteresting, but compared to what I initially picked up this book for, I can’t help but walk away disappointed.

Mileage will entirely vary from reader to reader, which makes this one of the harder reviews I’ve had to write, but in light of its initial premise, this issue simply lacks the impact and oomph of the historical drama I was expecting. And while I’ll definitely be returning to see if the story explores the ideas it seems to be trying to establish, I can’t help but feel concerned about just how fulfilling it can ultimately be with just two more issues of content.

Steacy leading the book as artist and colourist is incredible, however. Extraordinary line work and character profiles mimic the art styles of golden age comics, while also bringing a modern, detailed touch that makes it so enjoyable to read.  And when depicting the pages of Oursonette’s own comic, it just jumps straight off the page as a stunningly realized depiction of a comic that would have gone down in history.  Every page is memorable and is another reason I’m definitely returning to War Bears.

War Bears held a lofty goal of a dive into the Golden Age of comics, exploring its history, struggles, creations and plights. And while a lot of these seeds are sown in what is an incredible looking, aesthetically mastered first issue, War Bears #1 ends up only achieving a surface-level historical drama, without delivering the history and exploration it promised.

The next two issues may make this issue stronger in retrospect, and I eagerly await them, but there’s a lot to live up to and a lot of potential fulfil if War Bears is going to become a story to truly be remembered. 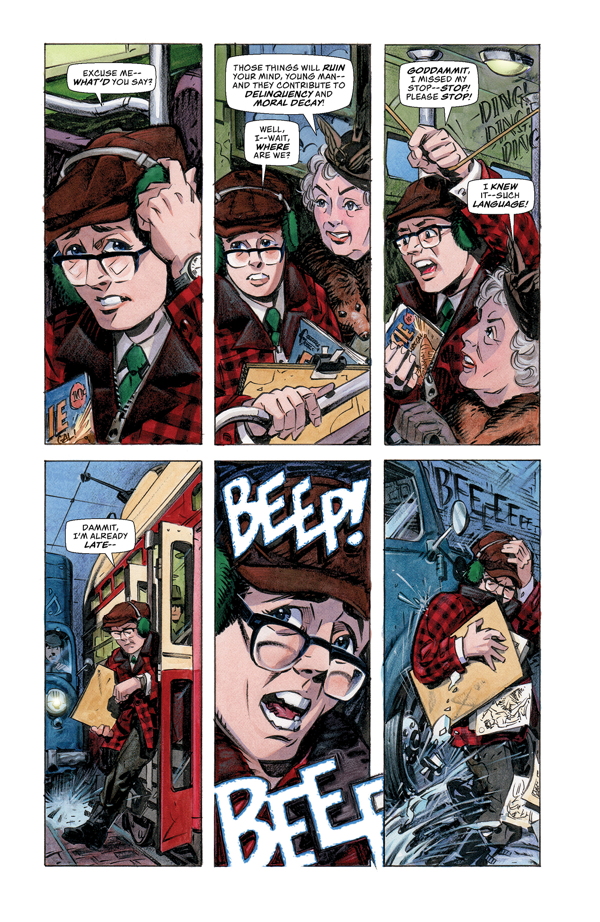 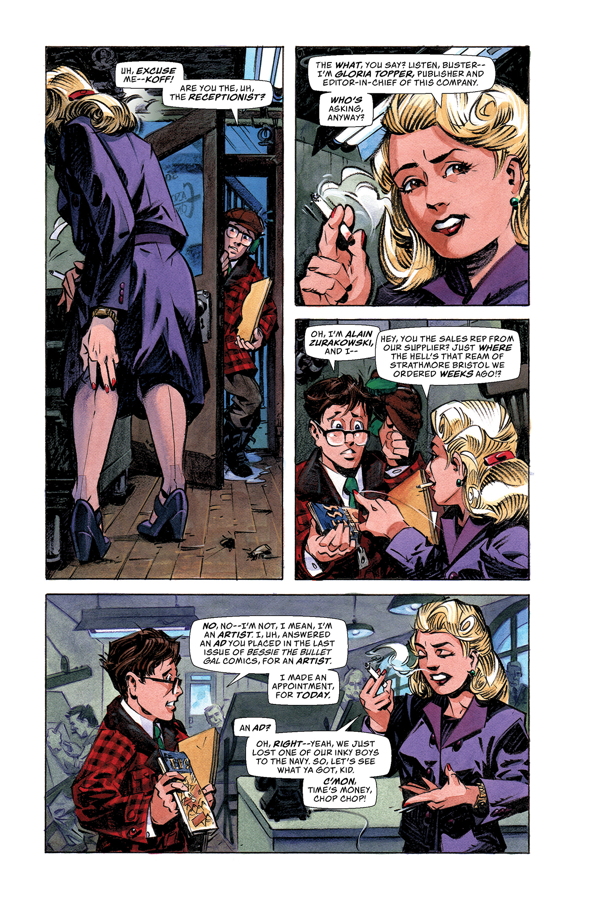