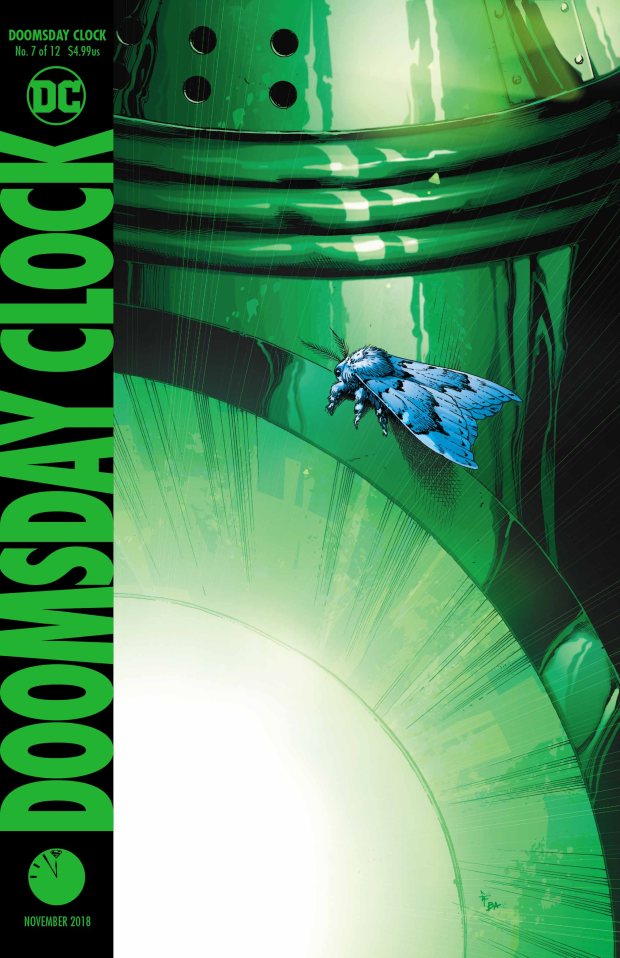 It’s May 25th 2016. DC Rebirth #1 is published. It rekindles my love of DC by bringing back Wally West and other classic characters removed by The New 52.

It’s November 22nd 2017. Doomsday Clock #1 is published. While some people disagree with the incorporation of Watchmen characters into the DC Universe, the book is well liked.

It’s November 22nd 1992. The world has entered it dying days. Ozymandias’ great lie has been revealed, the world knows of his crime to save the world.

I’ve been in love with Doomsday Clock since issue one. One of my favourite writers and one of my favourite artists on a book that promises to bring back everything I love about DC Comics. Wally West, The JSA, the history of the DC Universe. Every issue leaves me wanting more, every shocking reveal and every amazing moment bringing DC back to the glory it once had. In many ways Doomsday Clock is a metaphor for DC – a universe in crisis trying desperately to bring back something that left in order to restore hope.

Despite the delays the book has suffered I’ve found the wait for every issue to be worth it, but never more so than for this one. This is where the paths start coming together. The DC Universe is in crisis, The Superman Theory has the world not trusting its heroes, Lexcorp is on the verge of buying Waynetech and the Comedian is somehow alive on a rampage. All of this leads to Saturn Girl of the Legion of Superheroes, Johnny Thunder of the JSA and a new Rorschach finding Allan Scott’s lantern, setting up our first confrontation with Doctor Manhattan.

This issue gives us so many answers that’s it’s almost impossible to talk about. Every page is a spoiler, so I’ll have to be vague. This is magnificent, as Geoff Johns returns to the medium that he’s pretty much a god in along with the legend that is Gary Frank on art duties.

Johns’ writing here proves why he’s a master of his craft. Every word drips with a twisted poetic bite. This is a very dark look at just how messed up both the DC Universe and our own universe can be. This to say nothing of Gary Frank, who is one of the best artists at DC and who brings an atmosphere and grit that few others in the industry can bring.

In the end you should be reading this. It’s the spine of the current DC Universe and It’s beyond amazing. Everything here is on top form and I’m already waiting with giddy anticipation for the next issue as it’s pretty clear where the story is going to end up. Namely with a battle that will shake the universe to its core and provide a personal catharsis for five years of pain and suffering.