Overarching storylines are sometimes a tricky thing to pull off, especially with an entire universe involved in a story that plays out over a few months and affects just about every character in that chosen universe. It’s a good thing then that the DC Metal storyline was in the safe hands of Scott Snyder and the rest of his team of writers and artists who helped bring a true horror show to the page. However, as is often the way in many Batman stories, there are certain parts which capture more of the reader’s attention than others. It’s how we got Harley Quinn transitioning from Paul Dini’s animated stories into comics, and why the darker tone of Frank Miller’s Dark Knight Returns (arguably) shaped the way Batman was written from that point onwards.

To that end, one of the prominent features of the DC Metal storyline for many, myself included, was The Batman Who Laughs. A version of Batman from the dark multiverse with the genius level of intellect of Batman and the moral compass of the Joker. Draped in leather from head to toe, laughing away with a shark smile and a spiked visor hiding his eyes, making him even more terrifying  (as if the pack of Joker toxin’ed bloodthirsty Robins he keeps on a leash wasn’t enough). This mysterious figure grabbed the attention of everyone, their interest piqued even further by the tragic story of his fall from grace. A Bruce pushed over the edge by the Joker, only to be infected and driven insane by a dormant virus in Joker’s heart, and in less than a month the truly unhinged Batman Who Laughs had killed everyone in equally disgusting and genius methods.

And that was that… or so we thought. After the multiverse returned to normal the alternative Batmen disappeared. So when it was announced that he would return in this new series, I was left wondering… how, exactly? Well, in an opening narrated by our Batman in the established universe we join in a great little chase sequence, mixing a bit of Lethal Weapon with the Bat Pod sequence from The Dark Knight as Bats chases down an illegal trade operation. After he foils the crooks he opens up the stolen goods only to be greeted with… himself? Or rather, the dead body of one Bruce Wayne laying in a glass coffin. How did it get here? Who is it? Who’s behind this? There’s not enough time to get to the bottom of it, because while he comes face to face with himself an old friend is staging a violent reunion at Arkham Asylum involving a pick axe and a lot of bullets.

This was a real gem of an issue. The dynamic duo of Snyder and Jock is a match made in comic book heaven, a fact which has been proven since their work together on the pre-New 52 epic Black Mirror. Jock has a jagged edge to his art, blending shapes and shadows together to deliver realistic looking characters with a somewhat nightmarish edge that practically jump out of the page. As we’ve seen before his style works perfectly with the character of Batman and even more so with the horrifying Batman Who Laughs. Snyder has once again returned to the formula of Batman doing what he does best, being a detective. And when you add to that a terrifying foe who knows everything he does and has absolutely no boundaries and we’re in for an absolute treat with this story.  I’m so hyped for the next issue, especially after the huge bombshell dropped on the last page! 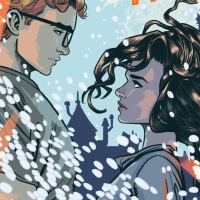 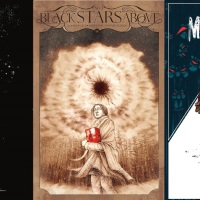