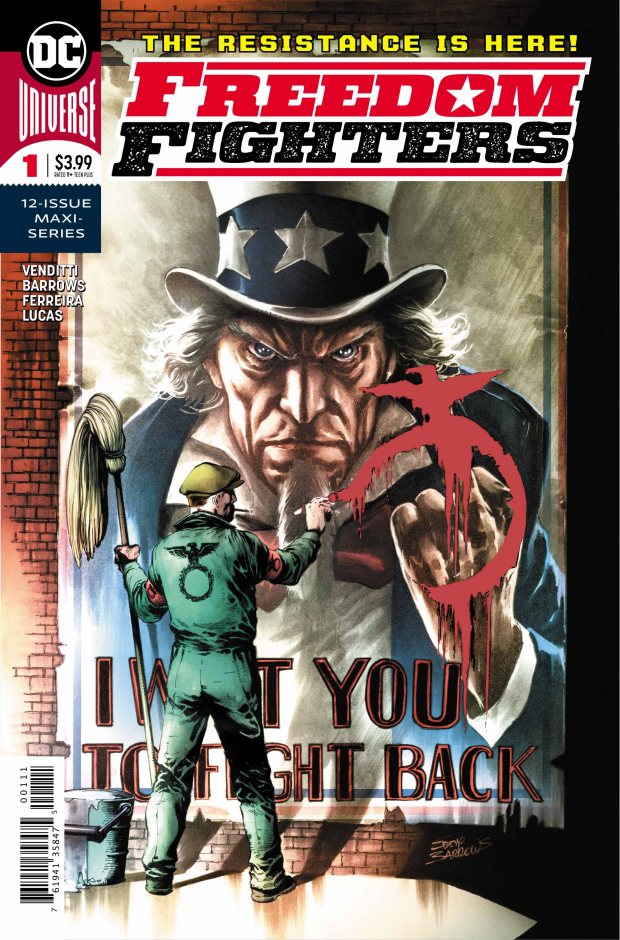 What happens if you take an alternative history where the Reich won the war, threw in some supers and gathered a new generation of American heroes to summon the spirit of Uncle Sam? You get a fun, Nazi-thumping, symbolism-filled romp. Pardon the pun but I’m officially dubbing this one ‘Superman in the High Castle.’

Starting in Dallas, Texas on November 22nd 1963, an underground resistance cell is penetrated by the eerie PlaSStic Men, leading to the capture and execution of the remaining Freedom Fighters. For all those not clued up on the significance of the date, the location should also be a bit of a giveaway. Witnessing this from afar is Uncle Sam who also falls foul of the PlaSStic Men but not before delivering some quality quips (“You want one last piece of apple pie?”) Speed forward fifty-five years to the present day (ish) and we see the new wave of Freedom Fighters and a decent final page splash cliff-hanger.

The art from the team is great in places but for me lacks consistency throughout. Some of the set pieces really are fab, the PlaSStic men are truly something from nightmare, and I’ve got a real soft spot for Uncle Sam. That said, it flits a little too much from the dark to the colourful, comic to the serious, and without a definite theme it feels a tad disparate.

The story is fine but as a Brit looking in as an outsider, maybe this kind of tale doesn’t have the chance to shine with a publisher like DC. It’s difficult, if not impossible, to not get a little political with a book like this and I think it comes across as a little restrained in places as a result. Either go subtle or go big; Freedom Fighters straddles the line and despite a previous suggestion regarding Nazi-bashing, pulls its punches a touch too much. You could easily see this as either going for a dark Watchmen-esque parable of the underground resistance battling tyranny or as a four-colour extravaganza. Personally I’d be happy with either but the attempt at combining both almost holds it back.

There has been some real thought put into this which I heartily enjoyed and although a knowledge of previous work would be useful, this is an easy jump-on point for anyone looking for something a little different. Freedom Fighters delivers a rowdy initial issue and I will definitely be considering adding this to my pull list. 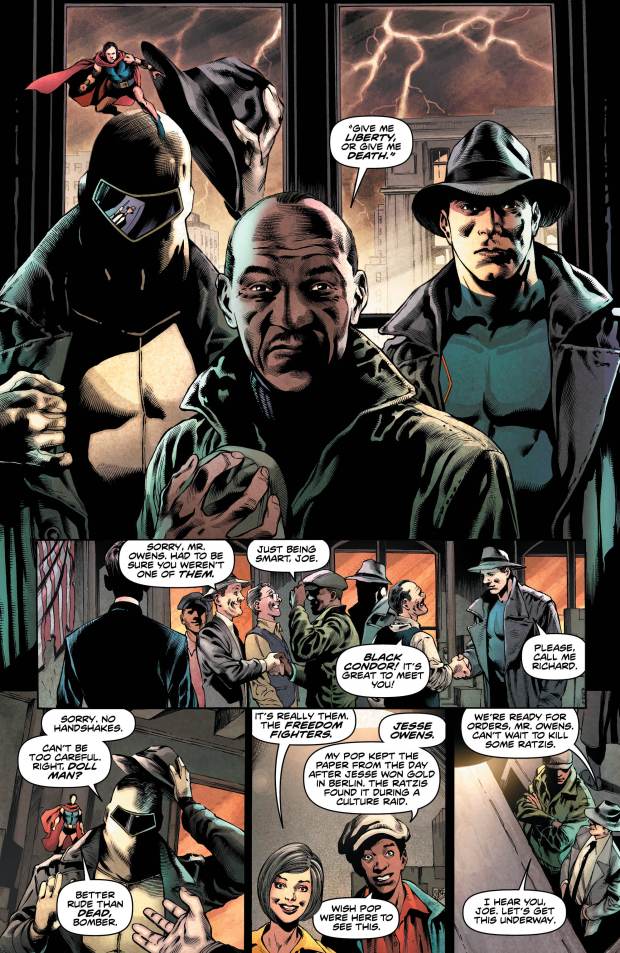