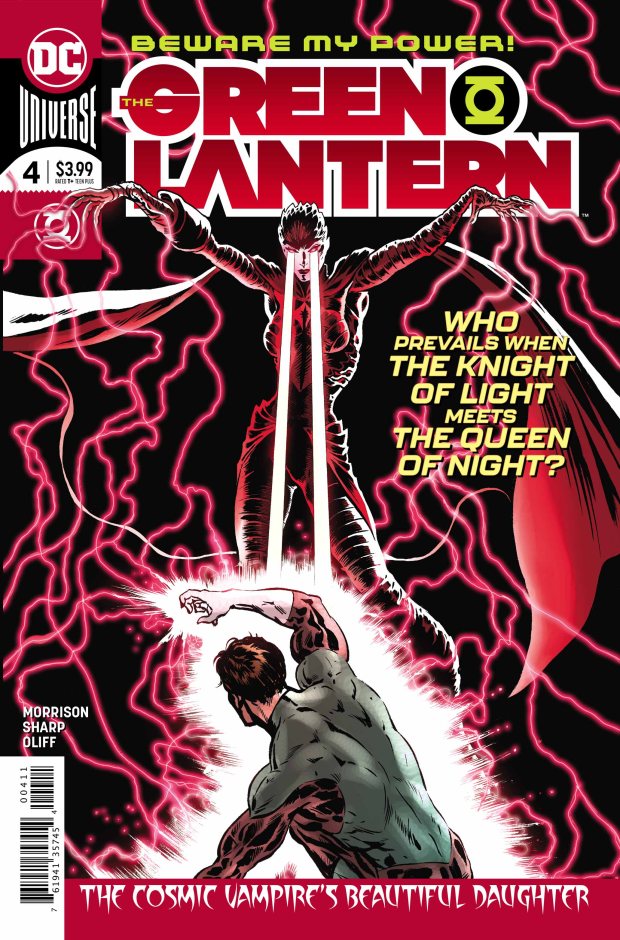 Stop me if you’ve heard this one before. Two people sit across from each other at a bad, both with a tale to tell, each one move away from killing each other. These are tales of The Green Lantern Corps and The Blackstars. And most importantly this is how Hal Jordan went from one into the other. This is how Hal Jordan betrayed the Green Lantern Corps.

“The Cosmic Vampire’s Beautiful Daughter”. I don’t think anything sums this series more than that title, because quite honestly it’s completely insane. Yet somehow this series manages to pulls off the insane and the brilliant with skill and wit on a monthly basis.  Honestly, every issue cannot be recommended highly enough and, as should come as no surprise to anyone who has read my previous reviews on this series, this is yet another amazing issue.

This issue relies on you knowing the ending to issue 3, so… SPOILER WARNING… Hal Jordan killed an unarmed prisoner in a moment of rage, the Guardians of the Universe want Hal brought in, but first he has to deal with two rogue Sun-Eaters before they consume Sector 2814. As usual this is Grant Morison mixing dark, dead worlds and slave traders with the brilliant and the fantastical (Space Vampires, people!) It works so well, and you really owe it to yourself to read it. It’s a plot and spoiler-heavy issue so I can’t go into much detail about what actually happens, so I’ll simply say… just read this one.

Okay, since I can’t talk too much about the writing it’s time to once again talk about how Liam Sharp and Steve Oliff are at the absolute top of their game here. Every issue I think they’ve reached their peak and every issue I’m proven wrong as they just keep pulling out new tricks. Oliff makes the colour purple look utterly terrifying as Sharp’s Lovecraftian design for the Sun-Eater is dominated with darker blues and purples which contrast spectacularly with the usual green of the Lanterns. Sharp’s work is typically brilliant here too, from a bar scene with a great cameo or two to a battle between galaxies in the sky. It’s truly wonderful, and not a day goes by where I’m not tempted to frame every single panel in this book.

Okay, at the risk of repeating myself, go… read… this.  If you’re not then you’re making a huge mistake. It’s an insane ride from start to finish with nothing less than the best writing, colours and artwork in the business today. Read it, love it and come back for something even better next month. That pretty sums up the experience of being a Green Lantern fan right now. 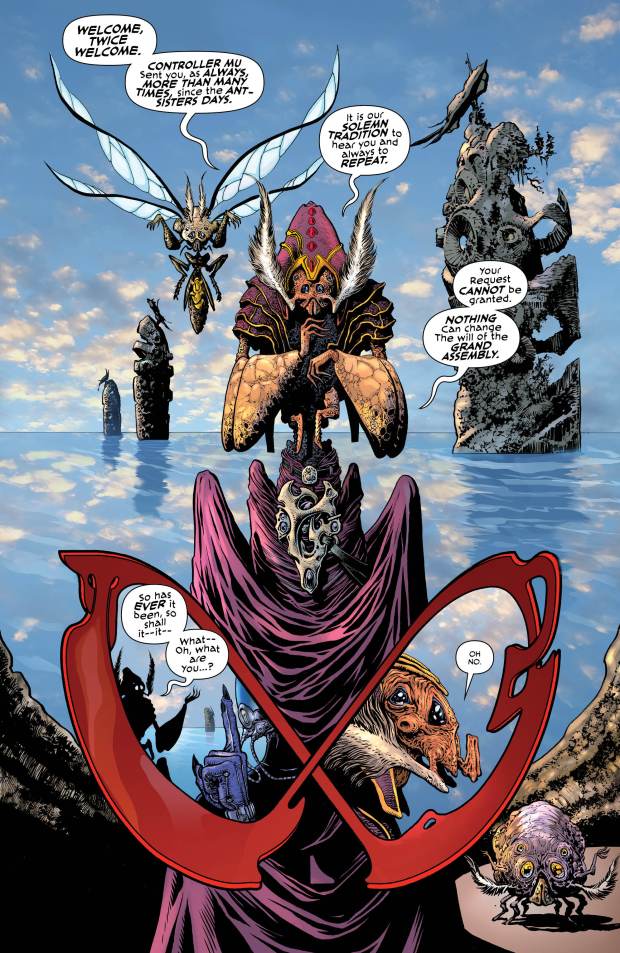 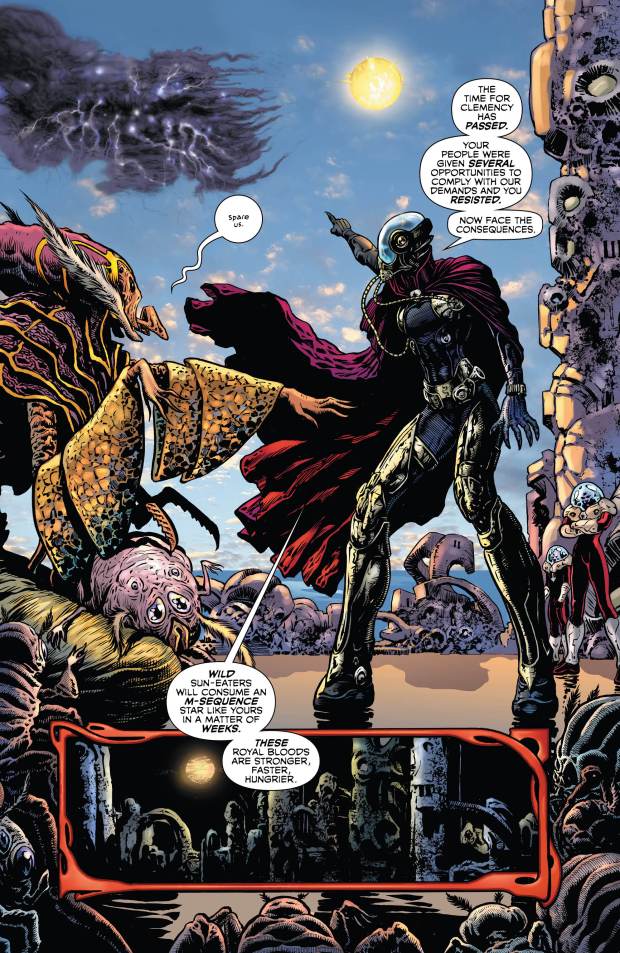 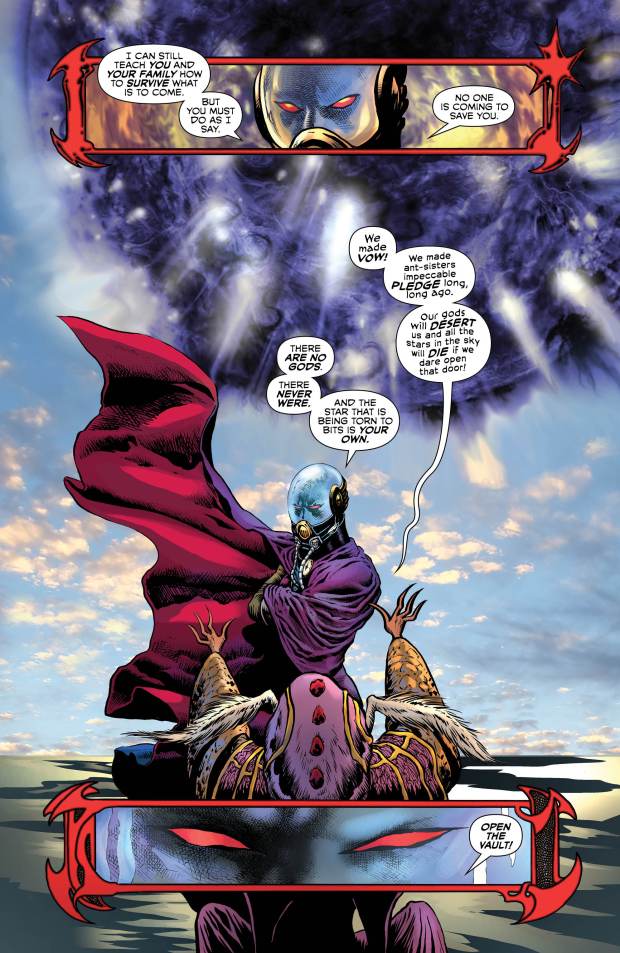 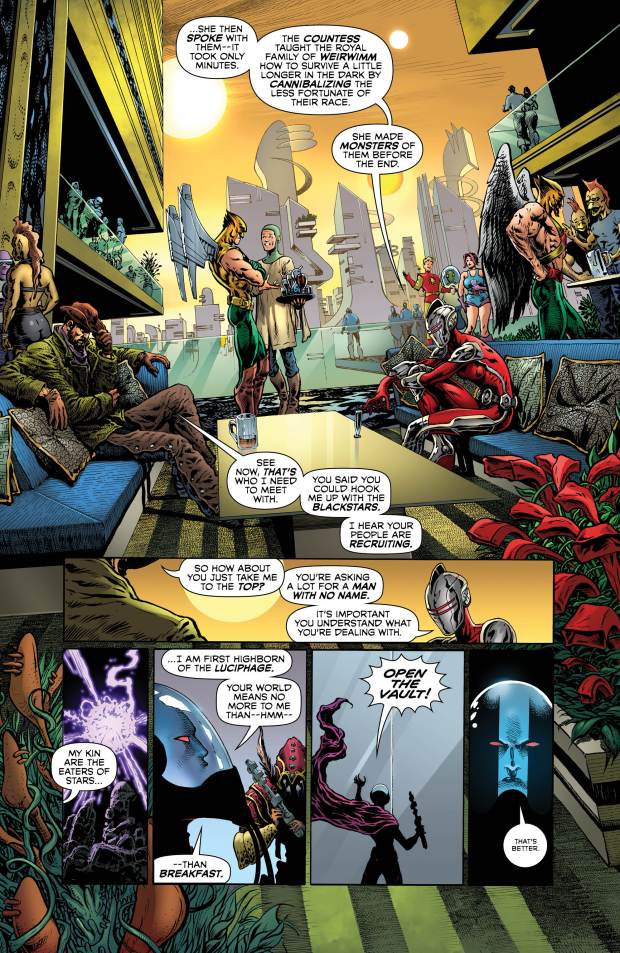 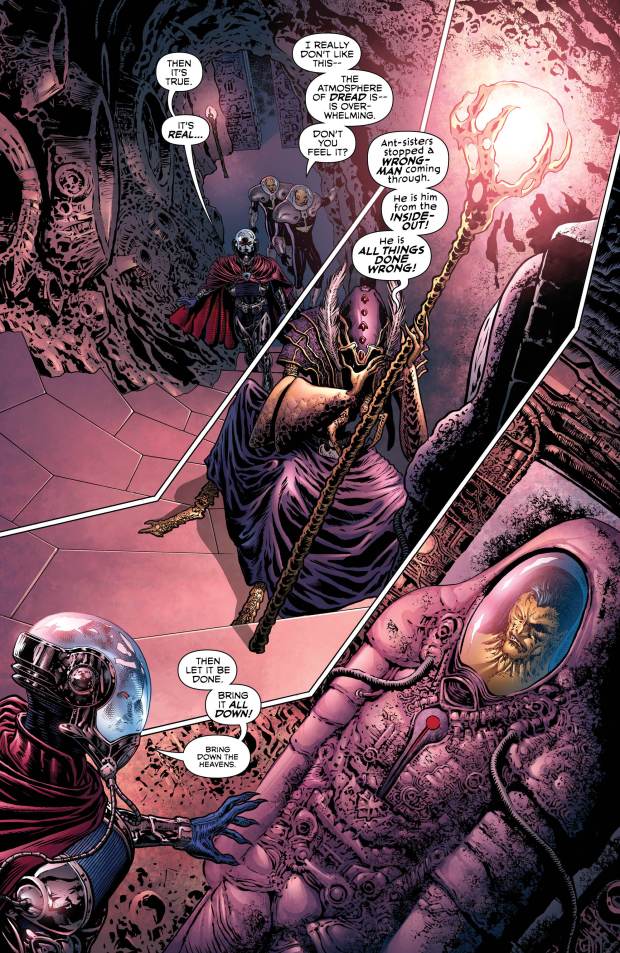 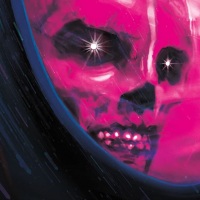 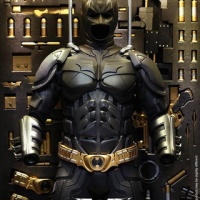