The first volume of this new BOOM Studios series sees young Charlie Bravo (yes, she’s heard all the jokes) transferring to a women’s art college and struggling a little to find her feet in the unfamiliar surroundings.  When the school’s basketball team tries to recruit her she steadfastly refuses, preferring to do things on her own terms in spite of her obvious talent and basketball experience. That is, however, until the charming and relentlessly enthusiastic team captain Olivia Bates manages to wear her down and get her to join in with the band of misfits that make up the “Avant-Gards”.

The clichés that frequently crop up in this type of young adult drama are acknowledged but never fully leaned into, leaving the charm of the leads to carry the narrative.  And charming they certainly are, with an impressively diverse cast of characters and personalities making up the team roster.  It’s all about Charlie and Liv though, and the moments where we get to view the story through Liv’s adorably dorky narration provide the unquestioned highlights of this first volume (for me, at least).  Writer Carly Usdin allows Charlie and Liv’s relationship to blossom slowly, but by the time you reach the final issue it’s difficult to not find yourself rooting for them and their endearingly awkward flirtation.

The basketball scenes are fun, and I was surprisingly heartened when it didn’t turn into yet another clichéd ‘band of misfits struggle to get good at a sport while learning lessons about teamwork and losing graciously’ yarn.  These girls can flat-out ball, and while they aren’t exactly going up against the toughest competition so far, it’s encouraging to see them presented as something other than loveable underdogs.  Nobody needs to have that story being retold yet again.

The artwork from Noah Hayes is very much in the BOOM! Box “house style”, with vibrant colours and wildly expressive characters aplenty.  There’s a real sense of energy throughout the course of this first volume, and while I’m perhaps not a huge fan of Rebecca Nalty’s decision to frequently use solid blocks of bright colour as backdrops, the colours as a whole are bright and lively, and this is certainly a book which is easy on the eye.

The final pages throw another curveball into the proceedings, as the future of the Avant-Guards is called into question with one shocking. Granted, the stakes are fairly low in the grand scheme of things – potentially unrequited attraction, problems fitting in at a new school, the pressure of winning basketball games – but the whole thing feels important enough to foster a real investment in the characters and the situations they find themselves in. Which, at the end of the day, is pretty much exactly what you’d hope for from a title like this.

I’m fully aware that I’m not necessarily in the target demographic for a series like this (aside from being a lifelong basketball fan, I suppose), but I found myself really enjoying the blend of gentle sports drama, well-pitched humour and likeable characters on display here. Delivering a lively all-ages sports story with some engaging queer protagonists and a snappy visual style, The Avant-Guards hits nothing but net with this impressive first volume. 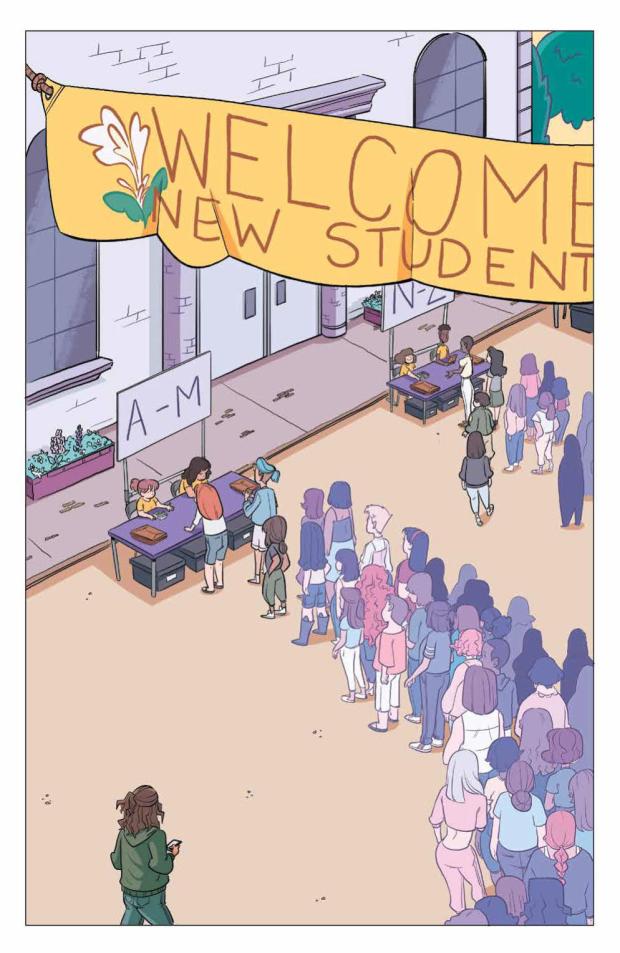 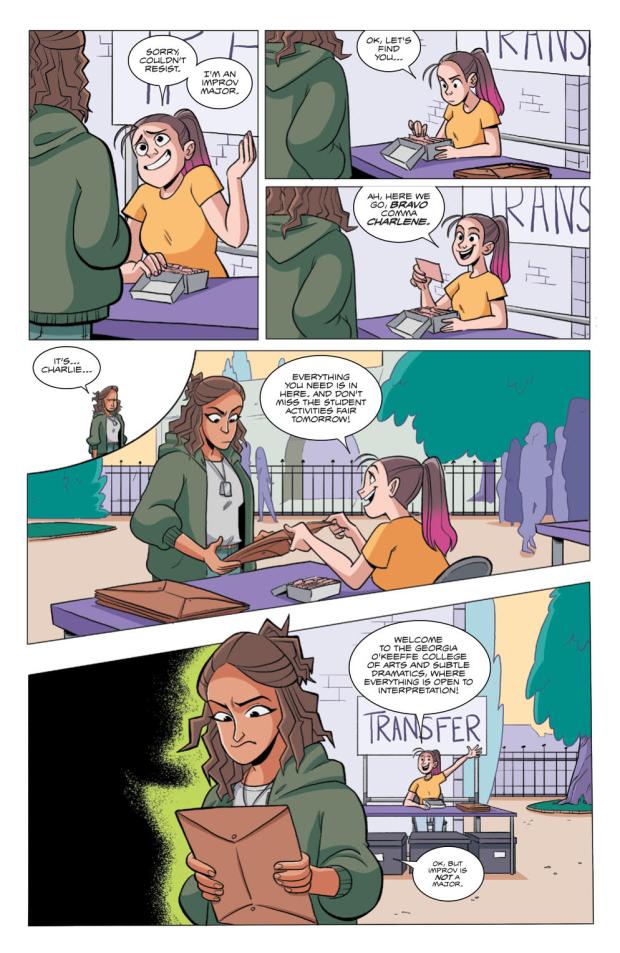 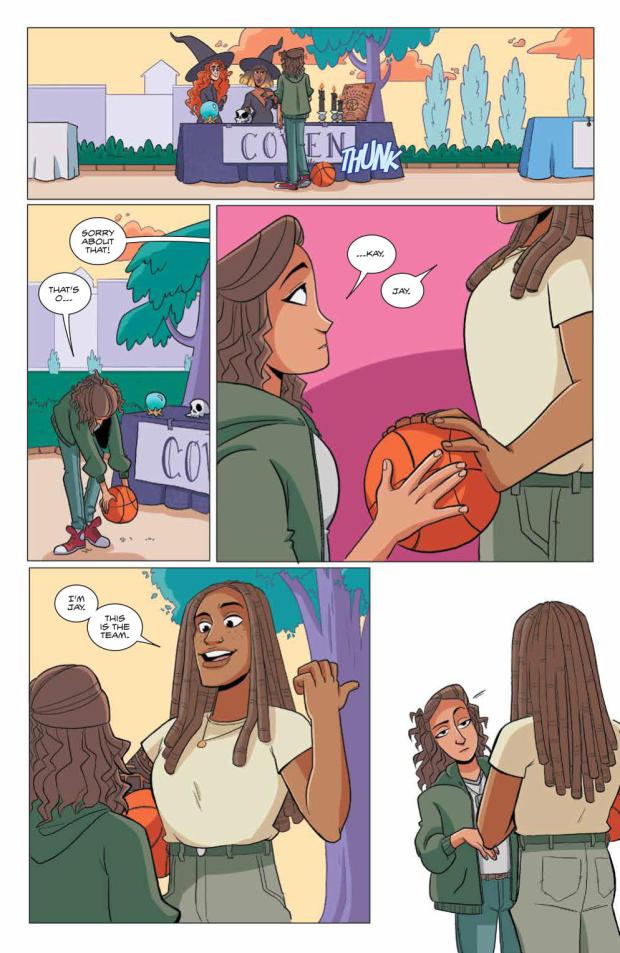 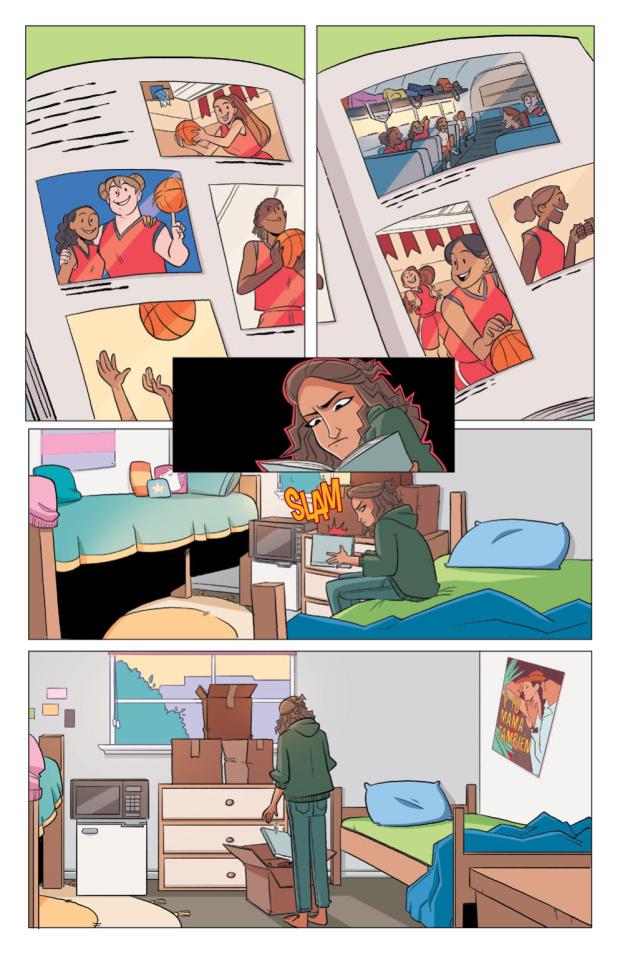