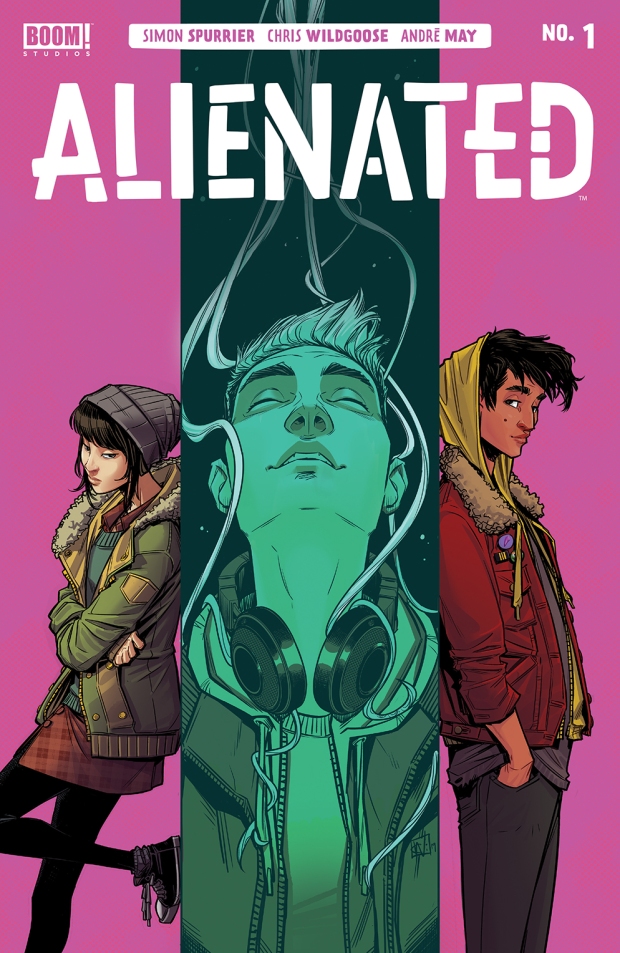 With a near-untouchable tear through the industry over the last couple of years, including defining runs on Star Wars, The Dreaming, Hellblazer and his creator-owned epic Coda, Simon Spurrier sets out with an impressive cabal of artists to weave this unique spin on the classic coming-of-age tale, delivering an E.T. story like never before.

In this debut issue, we’re introduced to three hapless teenagers who are stuck with all the troubles and tribulations of their years in high school. Full of angst, uncertainty and insecurity, all they want to do is fit in, be known, make a difference, and hopefully get out alive. But when they all end up walking to school through the local woods, the discovery of a strange egg will tie their destinies together as they end up stuck with something very alien, and very, very powerful.

Focused more on the set-up, this issue is used to introduce us to these characters and the world they inhabit before everything goes oh so very wrong. We get to understand their struggles, their home lives, their desires, their flaws, their friends and their bullies, as well as the different ways they have all in their own way become alienated. We get see the raw, ugly side of these teenagers, and that’s where this issue gets to shine. Granted, there’s some stumbling early in the issue where the dialogue feels more like the typical tropes and clichés we’d expect from these kinds of stories. A bully feels particularly unconvincing with dialogue that feels markedly like an adult writing a kid’s lines.

For the most part though, this seems like a conscious attempt to set a familiar tone, as once the alien entity is established – and a mind meld of our different Sam’s thoughts sets our story in motion – the focus shifts to the raw, unchecked emotional underbelly of these characters, propelling the writing into something far more authentic. And by the end of the issue when we start to unravel the true nature of the alien entity that will take centre stage for the series, we’re a lot more invested in tour three protagonists and the horrible spiral that their prejudices and insecurities will send them down.

These niggles aside, there are certainly no faults to be had with the art team. Wrapped in Spurrier’s suburbia and mounting tension, Wildgoose, May and Campbell blend the small town with the foreign and alien, in art, composition and colour. Every character is distinct and well-realized in design, expression and motion, relaying a strong sense of character before a word is read, while the entity itself stands out with striking distinction, and general ‘coolness’, as this completely foreign, cute and terrifying creature.

The suburban and the alien itself works its way into the panelling, as Wildgoose brings a strong dichotomy into each page’s structure, with rigid, repeating 4-8 panel grids playing out the monotony of high-school lives, contrasting against dynamic double page spreads, and more segmented panels, with utility of white space, when the entity enters the story and begins the spiral.

May’s colours act perfectly in tandem with this approach, with muted greens, reds, greys and blacks playing on the kids’ outfits during almost perpetually orange dusk of this small town, leading to the burning introduction of bright, neon blues and greens to signify the arrival of the entity. Likewise, Campbell’s lettering sets a uniform look to the speech of this world, until the mind-melding and completely foreign language of the alien and its existence breaks all manner of the normal.

Ultimately then, Alienated shows an intense amount of promise for its series as a whole. A few early stumbles in early dialogue is not even remotely enough to turn away from this rich outing from such a strong creative team. Striking characters, outstanding composition and the strong beginnings of a story of good intentions turned horribly, traumatically wrong, all help to make this debut issue a coming-of-age story worthy of the term ‘subversive,’ – not to mention some of your hard-earned coin this Wednesday. 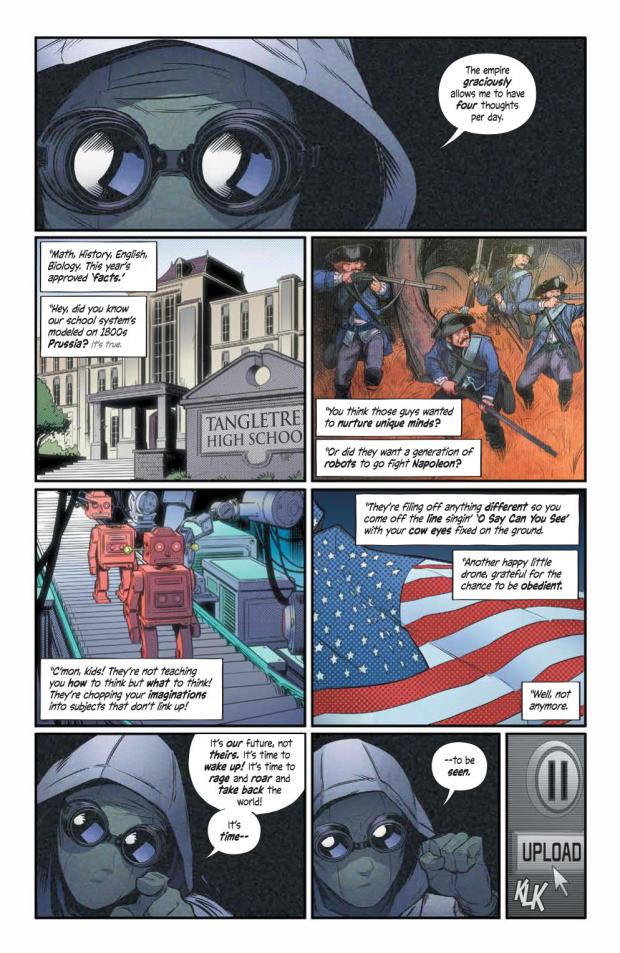 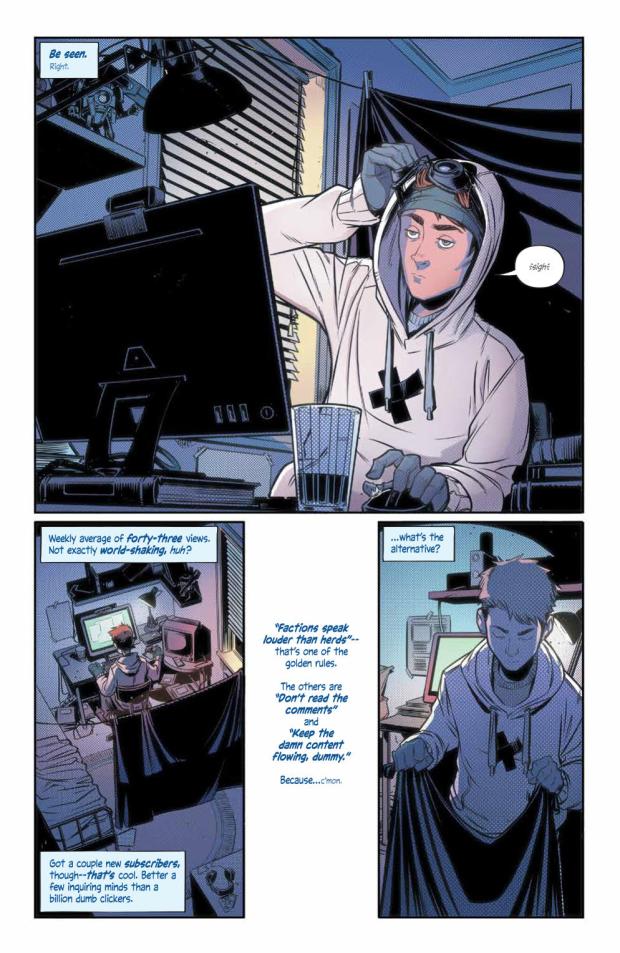 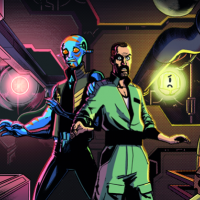 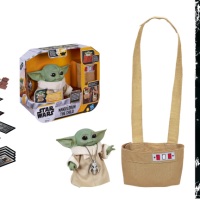 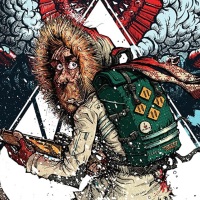 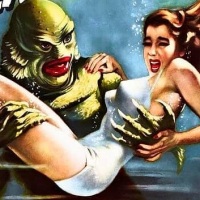