There’s nothing quite like a weak Bat-pun to start the day is there?

Now I know that many of you will be desperate to know who won our awesome 3rd Edition Giveaway contest – and I’ll get to that in a minute.

So how do you get your extra entry? Well, just feast your eyes on these extremely lovely goodies from our chums over at Counter Attack Bases, and I’ll tell you.

Counter Attack make rather lovely tokens for all manner of games, but it’s their excellent 3rd Edition Batman compatible set, made of 3mm Perspex, that really caught our attention.

Perspex is high-end acrylic, and it shows – these are tough, durable tokens, which is particularly good for the activation tokens and their spindly branches. 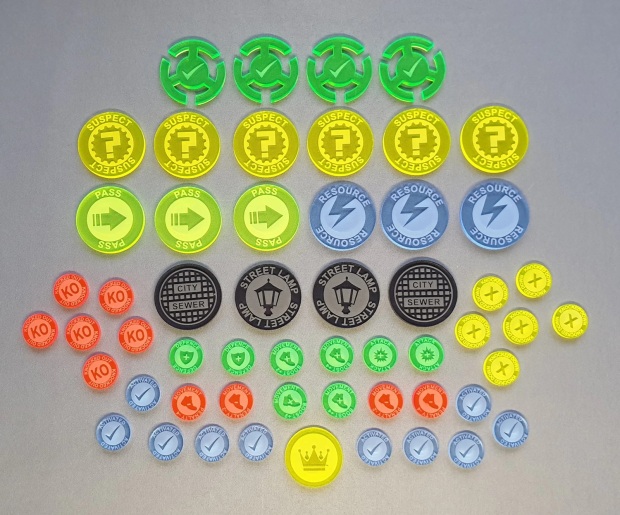 Incidentally, the suspect tokens are the wrong size in their pic, but the real ones are correct: 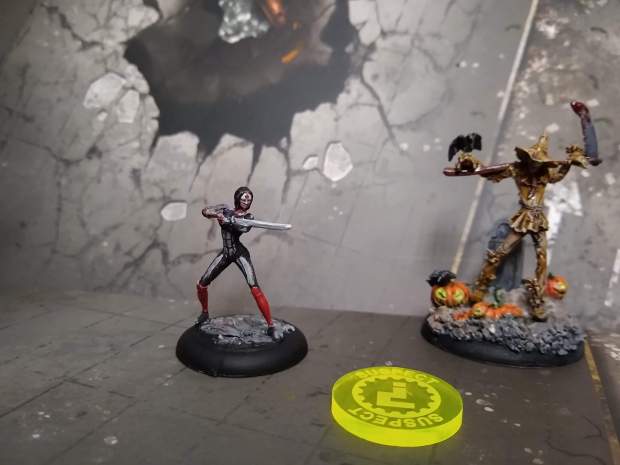 Katana discovers that the suspect is in fact the master of fear himself!

Now don’t get me wrong, I like the cardboard tokens you get in the game, however, colour-coded acrylics make things SO much easier: 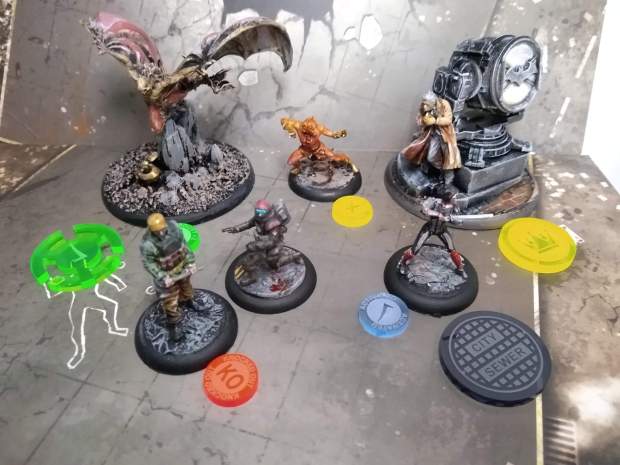 Gordon waits for Katana to sprint to rescue him from Bronze Tiger, as Man-Bat swoops in and the militia Medic tends to Bane’s axe-wielding thug

They’re chunky, but not obstructive; weighty, but not a nuisance. A great addition to the battlefield, and definitely worth your custom. And right now, you can use the code LOCKDOWN to get an extra 15% off! How neat is that? In these troubled times, it’s great to be able to support small businesses, and even more so when they throw you a marvellous voucher code to go with it!

As for the contest, well, before we reveal our winner, a little caveat: because of the ongoing Contagion (yes, another Batman reference), the massive mystery prize has yet to ship from Knight Models, sadly. So, what we’re going to do is show you the prize AND give you an extra chance to enter!

We don’t want to do the draw until we have the stuff in hand, but it’s sitting in a box over in Spain, so it will be coming relatively soon.

Anyway, my theory is that it’s this guy that’s behind it all: 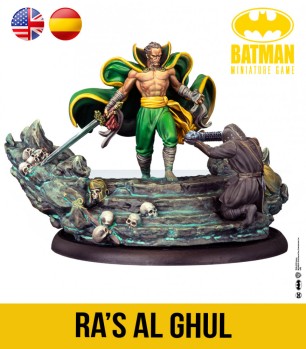 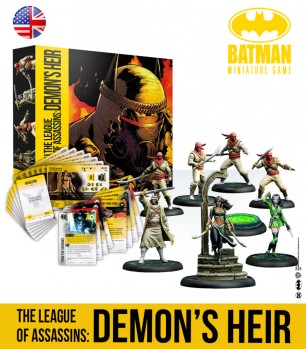 Yes, that’s right, Ra’s al Ghul and the League in their new, 3rd Edition incarnations – now that’s one heck of a prize, and one worth waiting for, I’m sure you’ll agree. 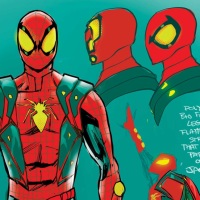