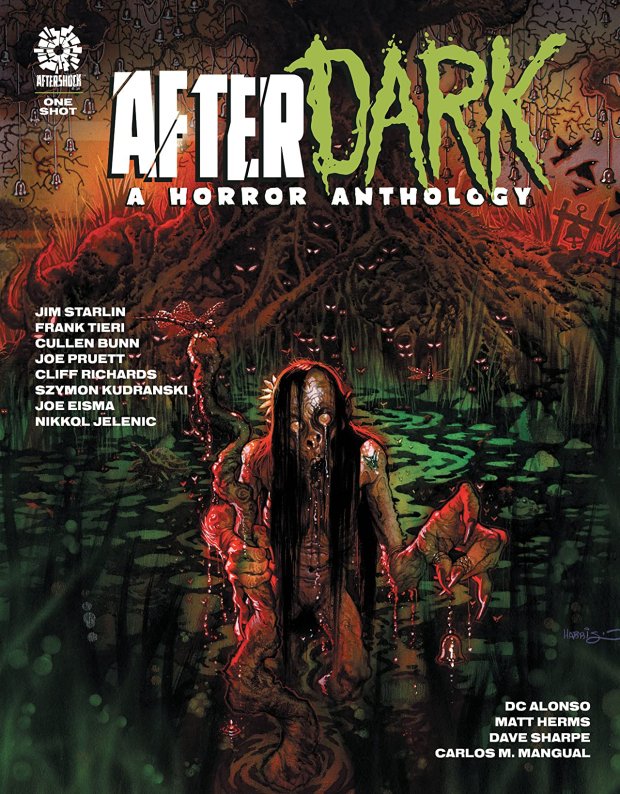 AfterDark is a one-shot horror anthology, very much in the style of the old EC publications. And, having been lucky enough to get my hands on an early review copy, I can honestly say that this is a publication that AfterShock really should consider making a regular and permanent fixture in their annual release schedule.

As has been shown with the likes of EC’s Tales From The Crypt and Creepy & Eerie presents, when a horror anthology is done well, it can be something that not only generates its own storm of new readers but inspires those readers to go and seek other titles by the creators involved – something which can only be positive for the industry as a whole. I think that if AfterShock put some serious effort into developing this as a stand-alone quarterly title then they could make it into something truly special.

The first entry in this anthology is Ashes to Ashes, a bittersweet story of love and loss that is horrifying, heartbreaking, and to an extent uplifting (but mostly horrifying) featuring a widower who literally gives his all to honour his wife’s last dying wish. It’s no secret that I find Cullen Bunn a bit hit and miss, but when it’s a hit, boy is it a hit! This is a wonderful example of Bunn writing horror with heart and soul to it, and this is the Cullen Bunn that I love to read. With art by Cliff Richards and DC Alonso, and lettering from Dave Sharpe, this is a story that is the epitome of the old EC horror/chillers.

Next up we have a standalone story in the world of the Black Eyed Kids. Another bittersweet story for me, if for slightly different reasons than the previous one. I have on my shelves at home the first three volumes of this series, a series that I was really hoping would see at least a fourth volume to round off the story and tie up a few loose ends.  However, it’s been over three years since the last volume was published now, so I’m absolutely delighted to see a standalone short expanding the series. For those of you not familiar, the series revolves around a sinister cult of black eyed children who roam the suburbs gathering disaffected souls to their numbers, turning son and daughter against their parents, in a wave of brutal bloody murders. This story picks up one of the later threads of the story, dealing with broken promises and the sins of the parents. Joe Pruett and Szymon Kudranski have built a great world over the first three volumes, and this is a fantastic reminder of how good this series is. While it’s pitched as a standalone that requires no prior knowledge, it might be difficult to get into it without at least a bit of background. I do hope however, that it encourages you to read the rest of the series.

Inheritance is a dystopian, post-apocalyptic story of two very different survivors meeting for the first time. The first is traveller of the wastelands, scavenging his existence while the other is a very different type of survivor who has ridden out the worst of the devastation in a bunker, and is someone who saw the last days of civilisation and can recount vividly the signs and warnings that led to it. This does not lead to the coming together of minds that either expected or hoped for. This has the feel of a Future Shock tale in the style of Richard Corben or Steve Dillon. It’s short and it’s brutal and should definitely be taken a warning about just how our children and our children’s children will view us if we don’t fix the world we live in today. This entry is brought to us by Jim Starlin, and that should really be enough to get you to read it, but Nikkol Jelenic’s artwork really seals the deal.

Lastly we have Tales of Mother F. Goose: Along Came a Spider, which is a tense, dark crime thriller following two detectives on the trail of a killer responsible for a string of gruesome murders using deadly spiders as his (or her) weapon of choice. Following on from the success of Little Red Hood, it’s nice to see another story in this series from Frank Tieri, Joe Eisma and Matt Herms. Along Came a Spider is the kind of stuff that will make your skin itch for days and seemlessly combines my fear of spiders and claustrophobia in one nice tidy bundle. Thanks guys! I’d love to see a whole series of these stories in their own collection, but I’m still happy to see them as a regular entry in an ongoing anthology series.

As a whole, this is a really well put together anthology with a little something for everyone. I enjoyed every story in the book, and I would love to see more stories in this vein from each of the creators involved. 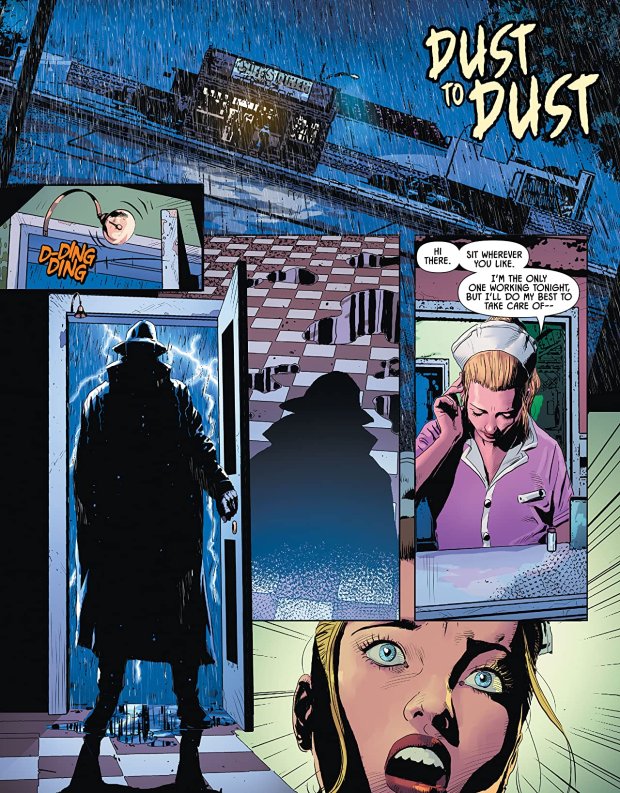 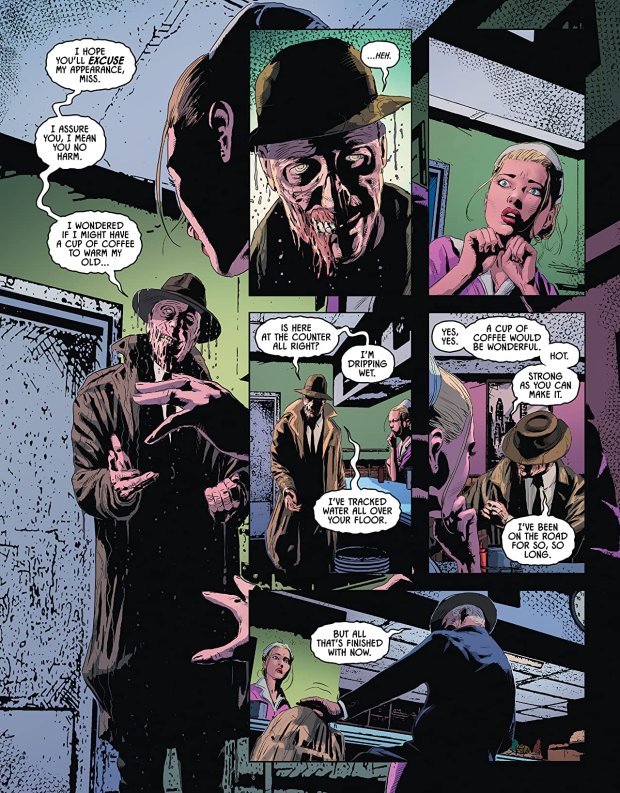 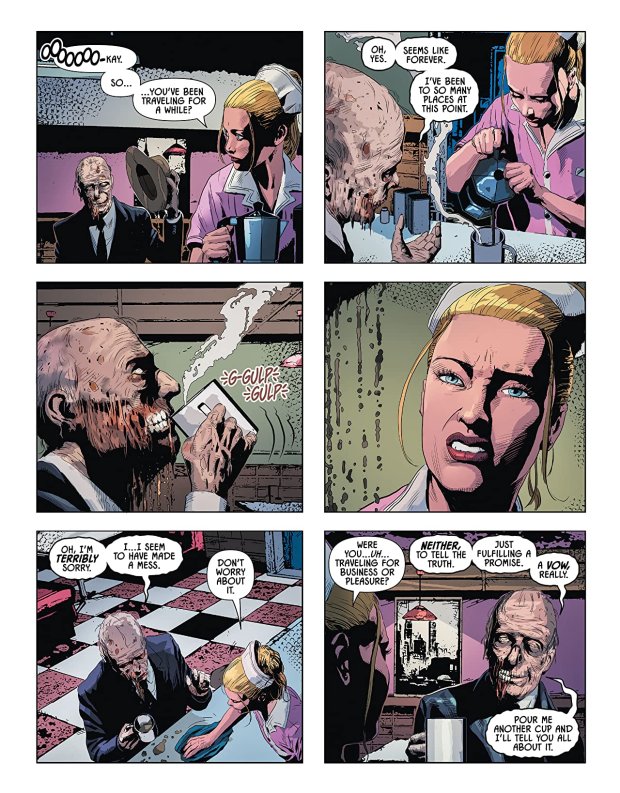 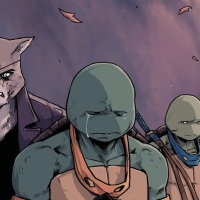 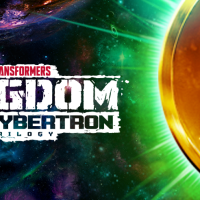