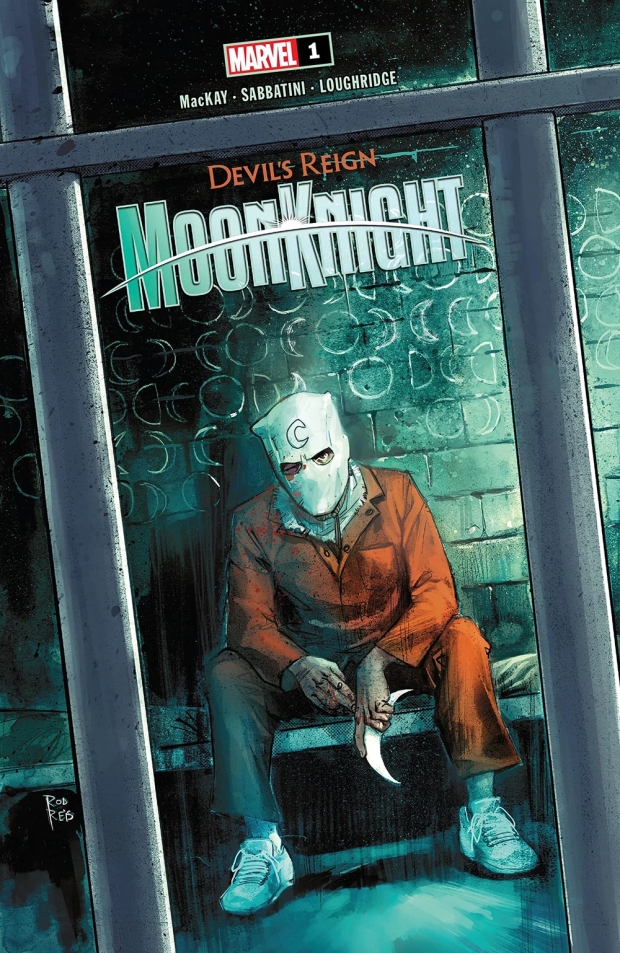 Built upon the foundation of a super-succinct opening summary as to just why Marc Spector has suddenly been “arrested by the Thunderbolts as part of Wilson Fisk’s crackdown on costumed heroes”, and locked up inside a high-tech prison, Jed MacKay’s script for his Devil’s Reign: Moon Knight one-shot arguably delivers one of the most savage depictions of the Fist of Khonshu ever seen on the printed page. Indeed, the masked mercenary’s harrowing fall into his old “wild dog days” is genuinely shocking, and demonstrates just how far the priest will go to protect those who seek his protection at the Midnight Mission.

The narrative also does a good job of depicting the fighting prowess of Moon Knight when facing either street-level opposition or the weaker, super-powered villains, such as 8-Ball, Captain Confusion or Man Mountain Marko. Incarcerated deep inside the Myrmidon, it would have been all too easy for MacKay to have penned a far-fetched tale of Mister Knight besting a more fanciful foe. But rather than fall into that trap, he simply sticks to a solid storyline where the titular character is brutally besting a number of third-rate criminals he has previously helped put away.

Similarly as believable is the notion that Marc actually allowed himself to be imprisoned by Mayor Fisk’s “punk-ass cops” in order to ensure Judith Cort and her twelve-year old daughter never have to fear seeing Michael Marko again. This ruse, to allow him to get in physical contact with Silvermane’s former loyal lieutenant, makes perfect sense considering the West Coast Avenger’s target is the penitentiary’s much-lauded King of the Cage, and shows just how cunning the New York City vigilante can be since fully settling into his role as “the defender of all those who travel at night.”

Aiding in MacKay’s attempt to portray Moon Knight at his most pugnaciously ruthless is Federico Sabbatini, who really seems capable of penciling a disconcertingly eerie-looking Spector remorselessly pummeling the likes of Killer Shrike and Cactus. Admittedly the Italian artist’s style might prove a little too Manga-like for those readers who remember John Buscema’s “How to Draw Comics the Marvel Way” methodology. However, the sheer sense of speed captured in the illustrator’s fight scenes easily helps make the impact of the bone-breaking blows eye-wateringly tangible. 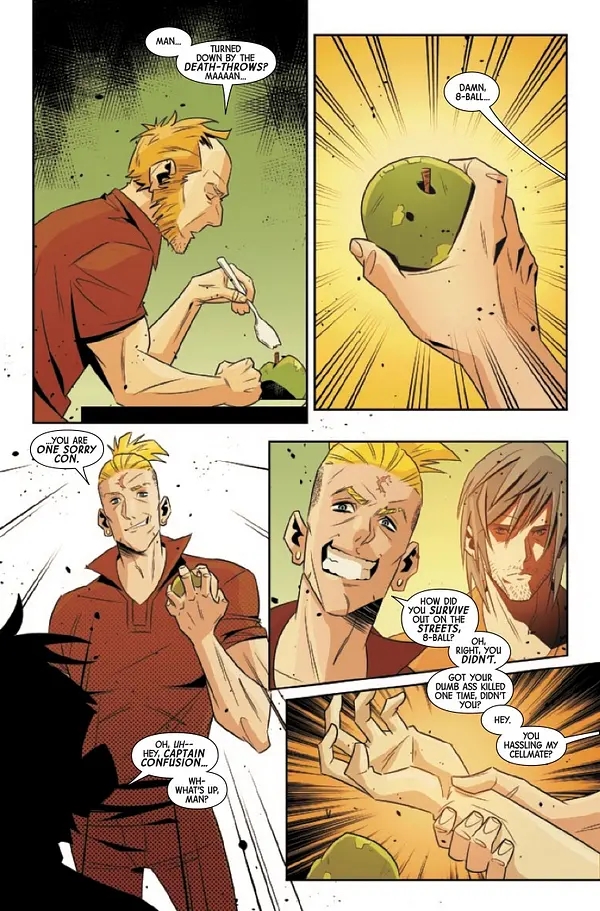 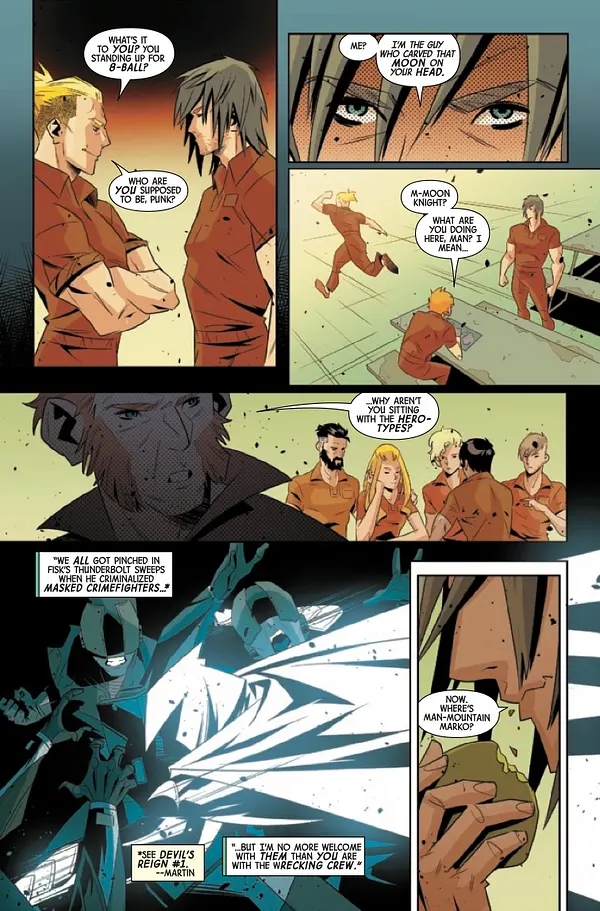