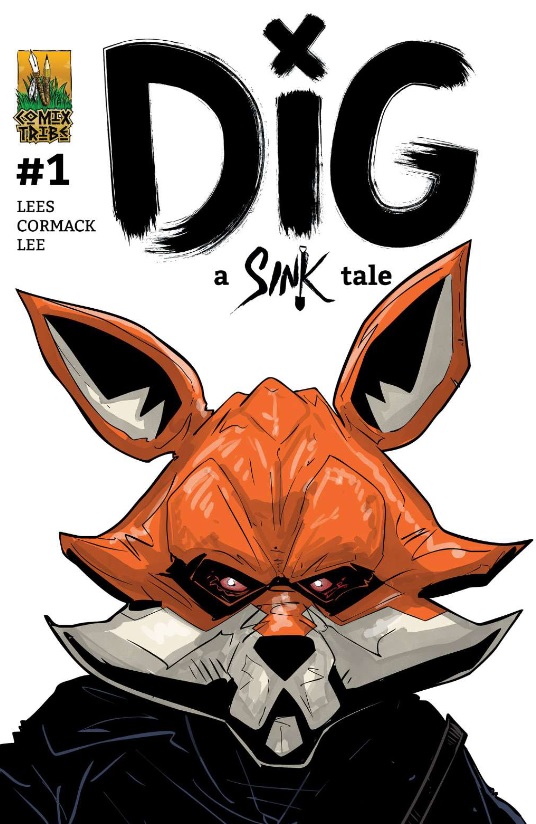 The war for Graphite Green is over, and the tower has become a safe haven for those trying to survive the worst excesses of Sinkhill and its myriad monsters. And while there are those who are willing to let bygones be bygones, even Si McKirdie answers to someone, and they employ a much less forgiving approach. In order to avoid his masters employing a “scorched earth” policy to Graphite Green and large parts of Sinkhill, Si unleashes The Ghoster, a killer whose mythical prowess could well be a match for Mr. Dig.

If, like me, you backed the Kickstarter for Dig #1 then you should have a digital copy of this in your inbox, in which case I’m already preaching to the choir. If however, the Kickstarter passed you by then don’t be despondent, Dig #1 is due to hit comic shelves next month.

The Sink universe has long been one of my favourite places to visit, and I’m always hugely excited to hear that new issues are coming. Dig is a superb new entry in the Sinkhill saga, and within this issue are several threads that round off the end of Volume 2, give us the long awaited backstory of Mr. Dig, and set us up for the eagerly anticipated Volume 3.

Putting to bed the aftermath of Graphite Green is not an easy task, as Rojan has changed a lot of lives. He has become a reluctant pillar of the community, albeit one limited to within the walls of their sanctuary. He has his family to consider, and he has duties outside of “nutting Neds with a shovel”, but he is also Mr. Dig, and there are still responsibilities that come with putting on the mask.

During Volume 2 we were given glimpses of a shadowy figure at the very top of Si McKirdie’s particular food chain, and this issue gives us more of an insight into who (or what) this person is. My overwhelming response to every time this character appears is to utter the now immortal line “fucking Tories!” As a set up for Volume 3, this promises nothing less than all out war, and I am so excited at the prospect!!

The most eagerly awaited part of this story has been Mr. Dig’s backstory, and Lees et al do not disappoint. I’m not going to spoil it for you, if you’ve already read the Kickstarter release then you know, but if you haven’t then I promise, it’s absolutely everything you hoped it would be.

We also get to see a few returning characters. Louise and Kieran (my favourite couple in the comic universe) are now residents of Graphite Green, as is Charlotte, superwoman extraordinaire, survivor of The Blue Van and responsible for probably the greatest comic book sound effect in the history of comic books (Issue 6). We take a trip to the Speakeasy where we’re reintroduced to its eccentric ruler Tam, and I’m still hoping against hope that we get to catch up with Sharon from issue two at some point in the near future.

The main event of this issue is obviously the showdown between Mr. Dig and The Ghoster, and with Alex Cormack remaining on duty it is absolutely everything your heart could desire. The pacing, the sheer over-the-top bloody violence, the horrifically detailed injuries and deaths, it’s all perfect. John Lees’ narrative and dialogue throughout the prolonged battle is sharp, punchy and laden with gags and off colour humour, and Shawn Lee delivers sound effect perfection once more with one that very, very nearly takes the place of my all time favourite from issue 6 and retains his title (in my eyes at least) as the best sound effects guy working in comics today.

The very last page of this issue is a teaser for Volume 3 and sweet baby jeebus it looks like it’s going to be utterly insane, and leaning much more on the more outré horror aspects that the series weaves in and out of.

If you aren’t already a fan of the Tales of Sinkhill then either you’ve been living on a desert island or there is no hope for you. If you would like to remedy that, both V=volumes one & two are still available, and Dig is due to hit your LCS next month.  For my money, Sink remains one of the greatest ongoing comic series I’ve read in at least the last decade, Dig is a hugely welcome addition to the series, and I will be waiting with baited breath for the new issues that will make up Volume 3.  I sincerely hope that there is never a time that I give less than 5/5 for this series, and today is certainly not going to be that day. 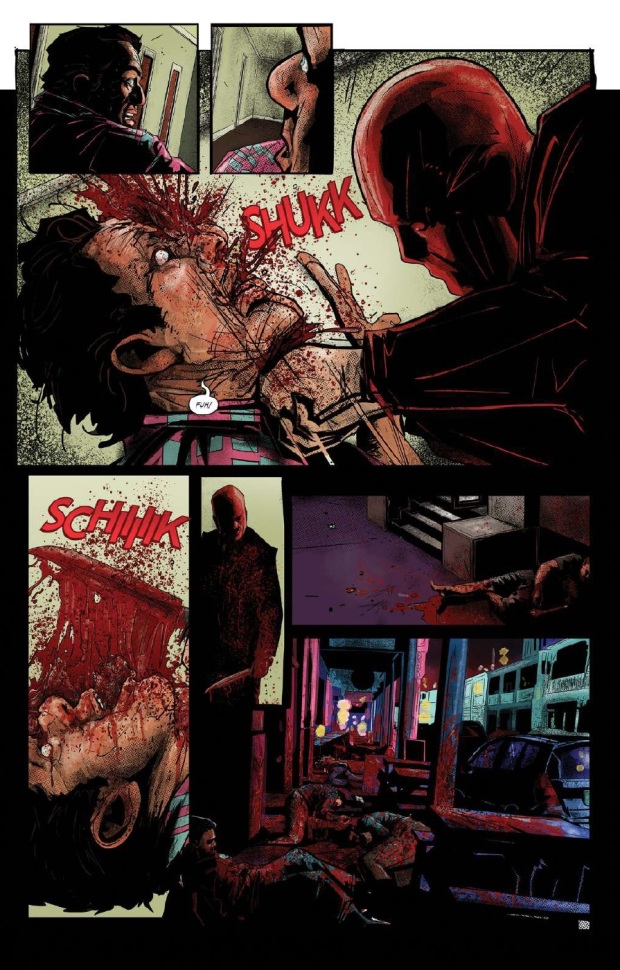