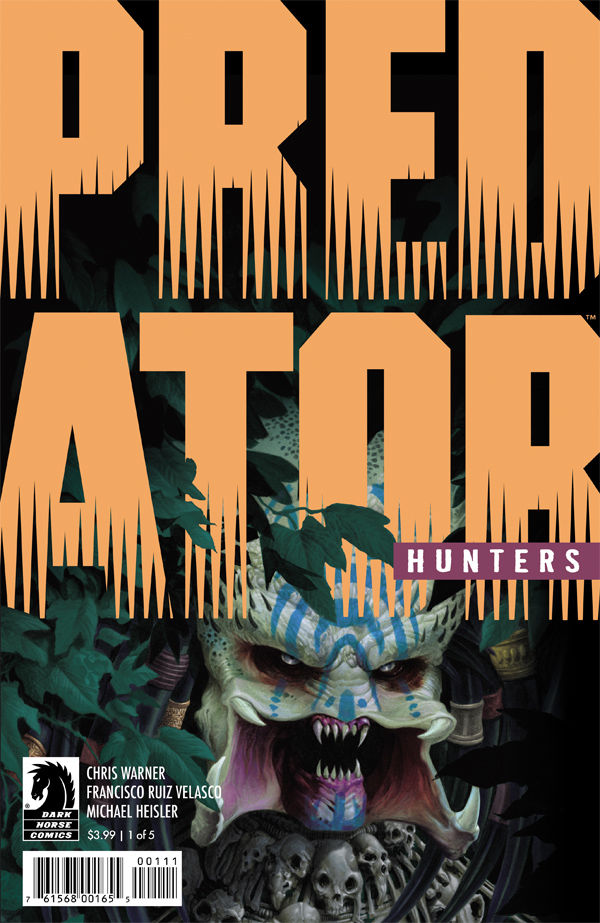 While there have definitely been some exciting moments along the way, the last two Dark Horse Predator series have been hamstrung every so slightly by being part of larger ongoing arcs (“Fire and Stone” and “Life and Death” respectively), not to mention the fact that they’ve both been set in extraterrestrial locations – something I feel diminishes the inherent, almost primal horror of the Predator as a threat.

Thankfully, writer Chris Warner seems to be focused on getting  back to the roots of the franchise with his new mini-series Predator: Hunters, kicking this first issue off with a jungle-based opening that feels like it was plucked directly from the classic 1987 movie.  While it’s all fun and games to see the Preds zipping around the galaxy in spaceships hunting monsters and  Xenomorphs, there’s nothing that quite compares to watching the light-bending, voice-mimicking, trap-setting behemoth hunting a group of terrified, hideously over-matched humans through some bad-ass bush that makes Cambodia look like Kansas.

After this fantastic opening, the remainder of the issue (re)introduces us to Enoch Nakai, who eagle-eyed readers will recognise from the classic Dark Horse miniseries Predator: Big Game, as he finds his quiet life interrupted by a group of strangers who have an interesting proposition for the Predator-slaying army veteran.  Tired of playing the victim, these group of assorted bad-asses – including team leader Jaya Soames, who has familial ties to 1997’s Predator: Nemesis series – have decided to make the hunters into the hunted, and it’s up to Nakai to decide whether he wants to tag along for the ride.

The artwork here is provided by Francisco Ruiz Velasco, and – perhaps more importantly than anything else – Velasco draws one hell of a Predator.  His jagged, snarling, roaring hunter is a thing of beauty, and the sheer savagery with which he dismantles his terrified victims during the opening section bodes well for the remainder of the series.  There’s a stylised, almost animated series-seque approach to his work that works surprisingly well in conveying the expressions and emotions of the human characters throughout the course of this issue.  While it’s not quite gritty realism, Velasco clearly knows how to put together action sequences, and with all manner of human-versus-Predator combat seemingly on the cards during the remaining four issues, it’s a safe bet that the visual side of the series is going to more than hold up its end of the bargain alongside Warner’s story.

Warner and Velasco each have a firm grasp on the inherent appeal of the Predator franchise, and deserve all the credit in the world for managing to pay homage to that while simultaneously flipping the entire ‘hunter and prey’ dynamic on its head.  A fantastic start to a brand new series then, and a welcome return to the sweat-soaked, pulse-pounding blend of action and horror that made the classic 80s movie such a runaway success. 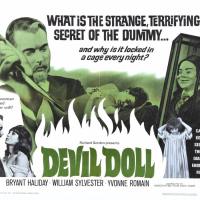 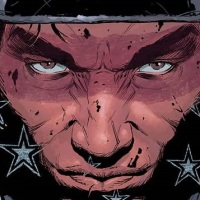 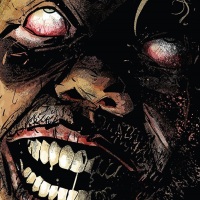