In the two decades or so following Bela Lugosi’s debut as Count Dracula, the character had been run into the ground and was ripe for reappraisal.

The atomic age had rendered the old gothic nightmares if not obsolete, at the very least somewhat defanged. The real-life horrors of the Cold War, the bomb and the Red Menace paranoia had been absorbed into horror cinema, meaning it was nuclear-powered giant monsters and aliens from beyond that terrified audiences, not supernatural old world terrors.

You can’t keep a good idea down though and 1958 would be the year that Dracula would be reborn, via a studio that knew exactly what needed done with the property and an actor who’s name would be synonymous with the role forever more.

Of course, we’re talking the legendary Hammer production here. This other 1958 interpretation of Dracula is more of an oddity than anything else and was rightly eclipsed by its British cousin only a couple of months after its release. 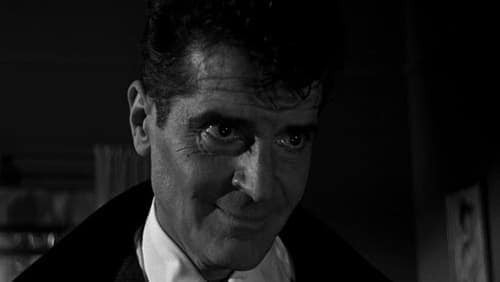 In smalltown Carleton, California, Cora Mayberry (Grandsedt) is a widowed mother who is eagerly awaiting the arrival of her cousin Bellac from Europe, who she has not seen since they were both children. In the intervening years the man has become a distinguished artist, albeit one who feels he has not been allowed to flourish in his restrictive home country of Czechoslovakia.

Unfortunately for him, he never makes it to America in the end as he falls victim to Count Dracula (Lederer), who is looking to relocate to the Land of the Free himself and since he doesn’t have a passport, takes the place of Belac.

On arrival in California, the vampire ingratiates himself with his new “family”, particularly Cora’s daughter Rachel (Eberhardt), all the while surreptitiously feeding on the local populace, both human and animal.

As the body count begins to rise, Rachel grows suspicious of the supposed relative she had initially been so infatuated with, but it’s only with the arrival of Meierman (Wengraf), a police investigator who has been tracking Dracula before he left Europe, that the family and indeed the town of Carleton itself stand any chance of escaping the nightmare that the vampire has planned…

While not exactly the Dracula story the world had been crying out for, there’s a lot to enjoy here.

Hammer undoubtedly got it spot on with their version, but the idea of a Cold War Dracula is so left-field it still works as a one-off experiment.

The Reds Under The Bed metaphor is front and centre right from the off here. Think about it: a once-friendly face from the past comes to America under false pretences, but harbours malicious intent and secretly begins converting locals to his cause. It’s not subtle, is it? 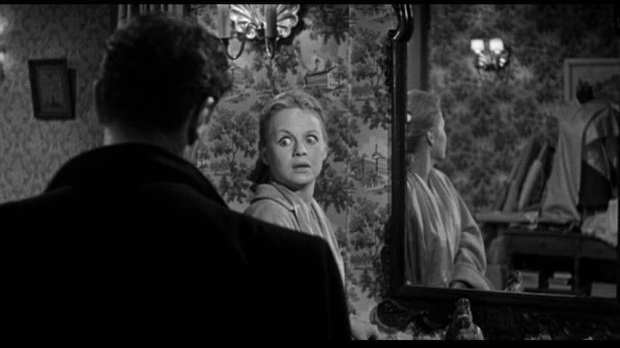 It’s how he does it that really engages you, though. His corruption of Rachel’s blind patient Jennie (Vincent) into a vampire is wonderfully unsettling. The nastiness I his predation on a vulnerable young woman is ramped up by dint of her blindness, but the fact she is then cured once she becomes one of the undead adds a whole new element of blasphemy in there too. This Dracula isn’t just a vampire/metaphorical communist, he’s got Christ-like powers too.

As the Count himself (who is never actually named other than in the title credits), Francis Lederer gives a decent, if less-than stellar performance. He’s charming enough, clearly attractive to the opposite sex (even if they do think they’re related) and gives off an old world mystique as he finds his way around of the very new world of west coast America.

There’s nothing technically wrong with anything he does in fact, but he just lacks that magnetism that the great Dracula actor’s bring to the role, but you can’t really fault him for that.

Where he really shines though, is his relationship with Rachel. Reminiscent of Hitchcock’s Shadow Of A Doubt, there’s a real ickiness to their initial bonding, with the young woman even teasing her boyfriend for being too American compared to the suave charms of her supposed relative from behind the Iron Curtain. She’s fallen for him big time and it’s a genuine relief when she sees the light.

The Return of Dracula is a traditional vampire tale in many ways, as he still sleeps in a coffin, can’t be seen in mirrors and has the same desires and ambitions. But in adapting the traditional ideas to Cold War America, where Fear of the Other was a very real horror, Paul Landres came up with a bold new take on the character. Dracula at its heart was always a Fear of the Other story, so it makes perfect sense to transplant him into a modern-day setting where that concern was rife across society.

Sadly, the end product is just alright and not great. Some good ideas in amongst a slightly above-average production and no more. Maybe it would have been better remembered if Christopher Lee hadn’t changed the game only a few weeks later and maybe it wouldn’t.

We’ll never know, but what we are left with is a film that is more curio than classic. 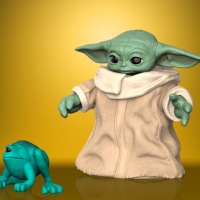 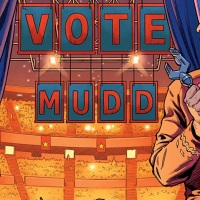 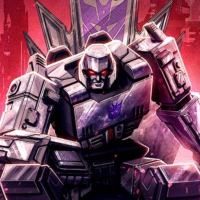