Replica issue three is a bit of an evolutionary piece for story structure. Don’t panic – this is a good thing. The elements that we’ve grown to love over the first two parts are still present, but there is a slight shift in the narrative. The humour is still at the heart of the story, but takes on a more subtle presence as the investigation takes over.

Issue three opens on clone 3, a stereotypical bohemian stoner (and the team’s forensics expert). What’s interesting in the exchange between Trevor and 3 is Paul Jenkins finally confirms each clone is programmed for a certain job. Yet, you can’t account for free will, 3 prefers to meditate and get high than do actual work. After being berated by Trevor, 3 finally agrees to work the evidence on the attempt on Vorgas and Trevor from Issue 2. Of course, while they are arguing Vorgas decides to eat one of 3’s cookies…

The world of the clones opens out in this issue and we encounter the highest numbered clone yet: 50 is the department janitor – so that’s at least potential for as many issues of Replica (huzzah)! We also meet 5, 6, 12, 38 & 48 so our clone family is starting to fill out. Each clone is distinctive in appearance, but it’s not universally obvious what their roles are. Some are more apparant than others, and we start to understand how this network of Trevor’s integrate into a complete Police Force. As they begin to work the investigation, the story – the mystery – begins to build. We find out that everything that has happened so far relates to something called the Mzultch. In turn this points to the Machine Interfaction Section of the Transfer – an area known to be off limits, deadly, and best left alone. It needs investigation, but going there is considered a terminal decision and Trevor is wary. It’s lucky he has Trevors to spare….

The amount of development and world building we are treated to is what’s great about this issue. Now we have established story foundations, Paul can start to tease the layers of this mystery. Don’t worry though; the humour is still very much a part of the narrative, especially from the cynical Trevor and a stoned Vorgas. Yes, it is a cliché, you know the stoner jokes are coming, but that doesn’t make them any less funny when they do happen. Keep a watch out for later exchanges between Vorgas and 3!

Andy Clarke’s art is as impressive as ever in this edition. He is brilliant at drawing distinctions in the clones, making the same Trevor’s ‘different.’ Playing with established stereotypes and styles helps the reader guess what a clone does, it’s well thought out. I think the triumph of the art in this issue – as with the humour – is the transfer from ‘lol’ jokes to a more subtle aspect of whimsy. Examine each panel carefully; especially what Vorgas is doing if he’s present! It’s like finding DVD Easter eggs, and it adds to the comedic spirit of the tale. It’s a fantastic example of writer and artist working in tandem to great effect.

Issue three of Replica shows early signs of maturity in the story. Excellent development of the clones and the workings of Trevor and his team build interest and investment from the reader. This, coupled with extra layers to the puzzle of the ambassador’s assassination, only augments the development of Trevor’s bizarre world and situation. Incredibly, all this evolution takes place without sacrificing the humour that makes Replica so special in the first place. This is shaping into an excellent series, well worth adding to your pull list. 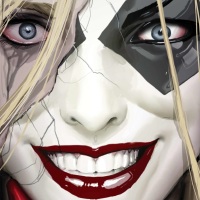